Hailey Bieber doesn’t frequently acknowledge her husband Justin Bieber’s former relationship with Selena Gomez, but when she does, she doesn’t mince words. Earlier this month, the model and former ballerina was featured on Ashley Graham’s podcast, and she took the occasion to debunk a rumor that has been swirling for years: she and her husband did not start dating while he was in a relationship with Gomez.

Bieber didn’t specify when she got together with Justin, exactly, which is bound to be a sticking point for Jelena fans.

Gomez & Bieber Dated on & off for Almost a Decade

According to a timeline of their relationship by People Magazine, Gomez and Bieber went on their first date in 2010, then went public as a couple in 2011, when they attended a Vanity Fair Oscars party together. The pair broke up in 2012. They were seen behaving romantically in 2013 at one of Justin’s concert’s but did not officially get back together, he later confirmed.

Bieber and Gomez officially got back together in 2014, but broke up again that same year. From 2014 to 2017, the two pop stars dated other people, and engaged in a few public spats with one another. In one instance, after Bieber told his fans to be nicer to his then-girlfriend, Sofia Richie, Gomez commented, “If you can’t handle the hate, then stop posting pictures of your girlfriend lol – It should be special between you two only. Don’t be mad at your fans. They love you and supported you before any one ever did.” 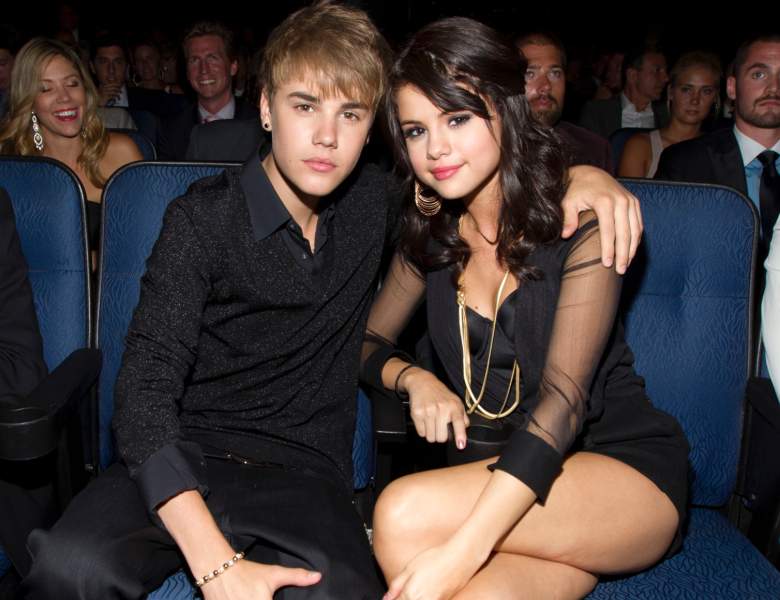 In the fall of 2017, Gomez and Bieber were seen spending time together again in Los Angeles, attending church and getting breakfast together. They continued to date for the next year. In February of 2018, Gomez attended Bieber’s father’s wedding with him in Jamaica. A month later, Gomez posted a happy birthday message to Instagram, marking her first public confirmation of their relationship this time around. “March 1, 1994 someone I know that happens to be super cool was born. Boom,” she wrote.

Bieber and Gomez broke up later that month. They were seen attending the same Hillsong service but sitting separately. Neither of them made a public statement on the matter.

In June, 2018, Bieber started dating his future wife, Hailey. He proposed to Hailey in July, and they were married that fall, in a courthouse in New York City. Gomez would later release a song, “Lose You to Love Me,” that appears to explicitly address how quickly Bieber moved on. The lyrics to the song read in part, “In two months, you replaced us/ as if it was easy/ made me think I deserved it/ in the thick of healing.”

Bieber Addressed His Relationship With Gomez in 2019: ‘I Absolutely Loved and Will Always Love Selena’

Since splitting up in 2018, Bieber and Gomez infrequently acknowledge their former relationship. However, in 2019, Bieber took to Instagram to reply to fans who were claiming he had only married Hailey to make Gomez jealous.

“I absolutely loved and love Selena she will always hold a place in my heart, but I am head over heels in love with my wife and she is absolutely the BEST THING that has ever happened to me period,” Bieber wrote. “[This] is a reply to all immature sick people who send Hailey hurtful messages like ‘he always goes back to Selena’ or ‘Selena is better for him’ YOU HAVE NO IDEA MY LIFE AND WHAts good for me!! Hailey is my Bride period if you don’t like that or support that that means you don’t support me and if you don’t support me your [sic] not a fan nor a good person, if you were raised right your parents would have said if you don’t have something nice to say don’t say anything.”

Bieber made a similar statement again, earlier this month.

On December 4, Bieber went after an internet troll who had posted a video encouraging people to flood Baldwin’s social media with support for Gomez. Bieber wrote in an Instagram story,

“This sad excuse of a human just encouraged people on video to literally go after my wife telling people to say that my previous relationship was better so on and so forth. I just wanted to share this so that people get an idea of what we face on a day to day. It is extremely hard to choose to take the high road when I see people like this try and rally to gather people to bully the person I love the most in this world. It is not right. But I will say this. As many people as there are that want to spend their time publicly degrading shaming and trying to humiliate us we would like to ask those who have it in them to lift us up in prayer. We need prayer and support as we continue to put ourselves out there!”