In July, Love & Hip Hop New York star Papoose revealed that he and his wife Remy Ma were “going to have a new child real soon” during an interview on Fox Soul. This led to social media followers and fans assuming that the couple was expecting their second child together. During an Instagram interview with Hot 93.7’s Jenny Boom Boom, the Brooklyn emcee revealed that his wife actually isn’t pregnant.

Papoose said that his post stemmed from a conversation with Remy Ma where she said she was ready to start the in vitro fertilization process so they can have another child together.

Within that in vitro process, there are necessary steps that we have to take for us to have a baby. At the time when I made that announcement, my wife woke up one day and said ‘Hey, I’m ready now since it’s COVID, we’re locked in. I don’t think it’s going to stop me from working. Let’s do it.’ When we started the procedure, I was so excited and I opened my big mouth and I said something about it and people not knowing how the procedure goes, that there are steps you have to take, they took it as she was already carrying our child. But what I was expressing was, ‘Yo, we’re having the next baby’. She’s ready because we already have the embryo.

The couple already has one child together, two-year-old Reminisce Mackenzie. They both have adult children previous relationships.

Tonight I Spoke To @papoosepapoose 🔥🔥🔥🔥

Back in July, fans thought the two reality stars were expecting when Papoose appeared on Fox Souls’ Out Loud With Claudia Jordan and said:

“I love being with my family. I get to spend so much time with my amazing wife and my amazing daughter. I’m just making the best out of it, and we’re moving forward. Some good things are coming out of this. We’re going to have a new child real soon.”

Initially, Papoose Was Hoping to Conceive Twins Through In Vitro Fertilization 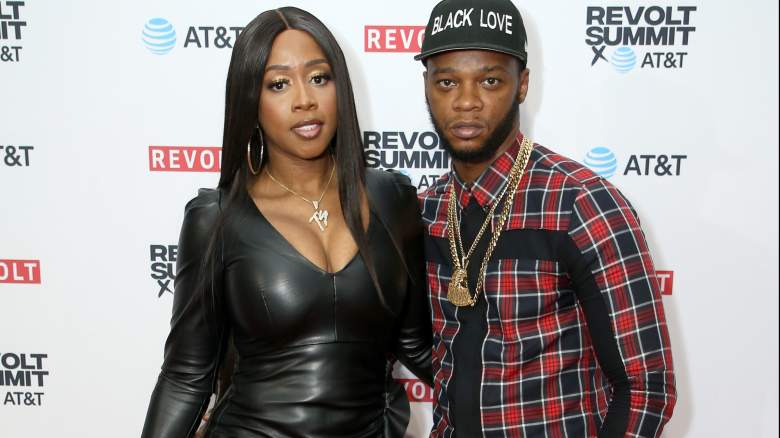 During his chat with Jenny Boom Boom, Papoose revealed that during the first go-round with the in vitro fertilization process, he had hoped to have twins, but it was too risky.

“When we went through the process last time, we had two embryos—one was the golden child and the other one was our son,” he said. “So, she wanted to put two in at one time and have twins. I didn’t want to do that because having twins with in vitro, everyone will tell you it’s very risky. So, I didn’t want to take no chances. I wanted to make sure everything was smooth sailing. We did that. We had the golden child. So, that embryo we kept it in the freezer, paid them money for them to keep it nice and safe for us.”

He added that he is just waiting patiently until the ‘All the Way Up” rapper gives the green light for them to welcome their son.

“I want my son,” Papoose continued. He’s there. I already know he exists. He’s inside of the embryo and I just can’t wait. I’m excited. But my wife, she had to kind of hit the brakes a little bit for her own reasons and I respect that. She’s the queen. She’s the one who has to carry that baby for months. She has to deliver it. So, it’s ultimately up to her. I’m just being a supportive, excited husband who opened his big mouth.”

Loading more stories
wpDiscuz
0
0
Would love your thoughts, please comment.x
()
x
| Reply
This Love & Hip Hop New York star made an interesting revelation about his wife's pregnancy, which made headlines in July.