Safaree posted a photo on Instagram with a caption that is leading to speculation that he and his wife Erica Mena are no longer together. The Love & Hip Hop star posted a photo with the caption, “BACHELOR!! Ending 2020 right!!”  He also tagged Divorce Court in the photo.

Mena also posted cryptic messages on social media but didn’t confirm that her marriage was over. On Twitter, she wrote: “No cocky s***, ain’t too many like me. No man could ever stop me!!!!!!!”

She also tweeted: “Scorpio stings are the most beautiful pain.”

According to Hollywood Life, she also posted a subliminal message on her Instagram story as well.

“Now it’s different … nothing gets in my way for too long,” she wrote.

Scorpio stings are the most beautiful pain.

In one of her recent Instagram posts, there was another vague message that may have signaled that there was trouble in paradise.

“You can have whatever you want in your life, No limits. But there’s one catch: You have to feel good. Scorpio Season 2020 In Motion!”

Followers commented on Samuels’ post in disbelief that he and his wife were no longer together. One follower wrote:

“You wish…Erica ain’t going no where, neither do you…You can fool some ppl sometime, but yuh can’t fool all the ppl all di time..”

Another follower commented: “Cut that out. It’s almost her birthday yall need to figure it out,” they said referring to Mena’s November 8 birthday. “For real don’t make any decisions that you might regret.”

One social media user was disappointed to hear about their breakup.

“Awe I was actually hoping y’all would work out,” they commented.

One commenter was critical of them, implying that they got married too fast.

“Y’all need to learn to date longer,” they wrote. “These marriages be 10 days long it’s ridiculous.” 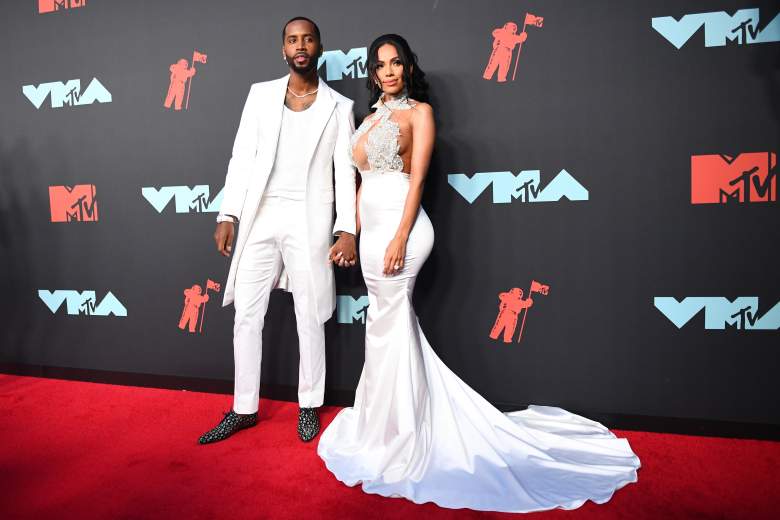 In September, The Shade Room reported that the married couple was no longer following each other on Instagram, a clue that their marriage may have gotten rocky. Mena then shared a post that seemingly sent a jab at her husband.

“MY Kids. This is what my life is about! Priorities be really f***** up for some people. Blessed I’m not one of those idiots,” she captioned a photo of her two children in a pool.

A few days later, Samuels posted on social media that Mena had bought him a gift and insinuated that it was a gift that also came with an apology. Atlanta Black Star reported that Samuels posted a photo of a new ISOVOX vocal booth on his Instagram story with the text:

“My wife surprised me and bought me this… she knows she’s been a bad girl,” followed by laughing emojis.

The couple celebrated one year of marriage on October 7, 2020. Samuels proposed to Mena on Christmas Eve in 2018 with “a dramatic Christmas Eve event featuring 20,000 rose pedals, 200 candles, a full band and fireworks after she said yes and a $175,000 14-carat diamond ring,” People en Espanol reported.

Loading more stories
wpDiscuz
0
0
Would love your thoughts, please comment.x
()
x
| Reply
This reality star announced on social media that he is a "bachelor"