Kathy Hilton’s next party could be a baby shower.

In a new interview, the  “Real Housewives of Beverly Hills” alum revealed that she fully expects her recently married daughter, Paris, to be pregnant within a few months. Paris married her longtime love Carter Reum on November 11, 2021, in a lavish three-day affair.

Kathy told Hollywood Life that her 40-year-old  daughter will get pregnant as soon as “it’s possible” now that she’s married.

“Probably within the next six months. I mean, as soon as it’s possible!” Kathy dished.

Four months before her wedding, Paris addressed rampant pregnancy rumors and revealed that she did have plans for babymaking—once she became a Mrs.

“I want you to hear it all directly from me,” the socialite tweeted to her fans in July.

She then attached a link to her “This Is Paris” podcast episode in which she said,  “I woke up to about 3,000 texts, all my iPhones are blowing up — all five of them — everyone wishing me congratulations and so happy for me and, yes, I’ve heard from people I haven’t heard from in years. … People always make up rumors, I’m very used to it at this point being in the industry for as long as I have. I am not yet pregnant. I will be after the wedding. I can’t wait to have children in 2022.” 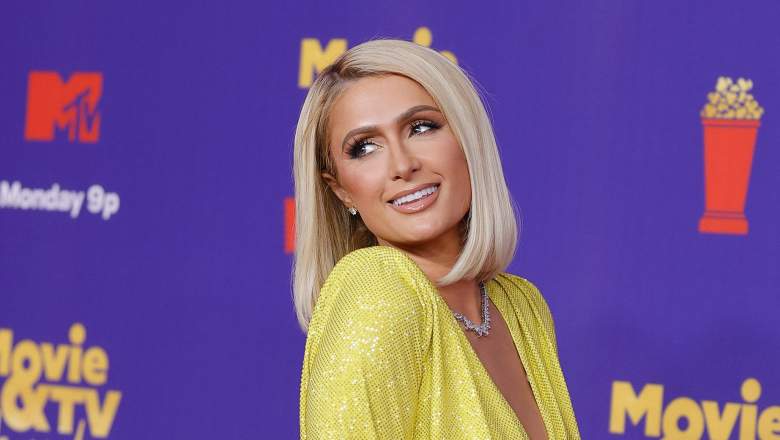 GettyParis Hilton is photographed at the 2021 MTV Movie & TV Awards.

Paris’ baby plan has long been in the works. An insider told Us Weekly that she was ‘not pregnant, but definitely trying” even before Carter proposed to her. But once she was engaged, she focused on her wedding and pushed back her pregnancy plans.

The celebrity DJ also revealed that she froze her eggs, and during an appearance on the “LadyGang” podcast she announced that she wants to have boy and girl twins.

“First one, we’re planning it already, is going to be a boy and girl twin,”  she told the podcast. “When you freeze your eggs, you can pick if you get a boy, you get a girl, or you get twins.”

“I have baby London, which is the girl, and I’m trying to figure out a name for the boy,” Paris added. “I don’t want a theme of cities, but I don’t know — it’s hard to decide. London for sure for the girl; the boy, I’m just still trying to decide on.” 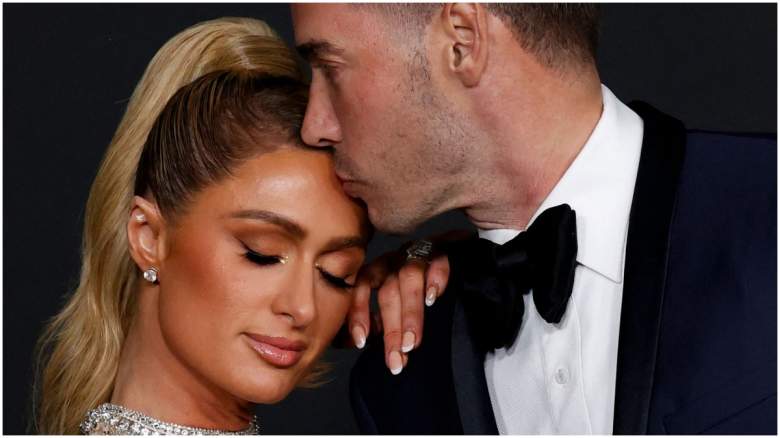 Some fans were surprised when it was revealed that Paris’ husband already has a child with another woman. The secret of the newlywed’s “love child” was leaked by Page Six just after the couple’s wedding weekend. A source told the outlet that Carter doesn’t have a “traditional” relationship with his daughter, who is 9-years-old, but that “he has provided for her since she was born.”

Another insider told Entertainment Tonight that Paris knew about her future husband’s child but that it wasn’t something they have discussed with everyone in their circle.

“Carter shares a 9-year-old daughter with Laura Bellizzi,” the insider said. “Paris knew about the daughter, but some of Paris and Carter’s friends did not. Many people close to them have been nervous to ask more about the situation, especially with the timing of the news coming out.”