Teresa Giudice dropped a teaser about her wedding guest list.

The “Real Housewives of New Jersey” star, who got engaged to her boyfriend Luis Ruelas during a recent trip to Greece, revealed to Metro that while she hasn’t “decided anything yet” regarding her wedding plans, there is one thing she knows for sure: No one should be saving the date just yet.

“Will all the Jersey housewives be invited? Absolutely not!” she said. “Some will, some won’t. We haven’t got there yet.”

The RHONJ veteran added that she is still “enjoying” being engaged and living in “a little love bubble.”

Teresa previously teased that she may plan a summertime destination wedding that won’t include Bravo’s cameras.

“I figure it has to be when the kids are not in school,” the reality star told Extra. “It’s about Louie and I and our kids.”

One Current RHONJ Star Will Definitely Be in Attendance, But She Probably Won’t be in the Wedding Party 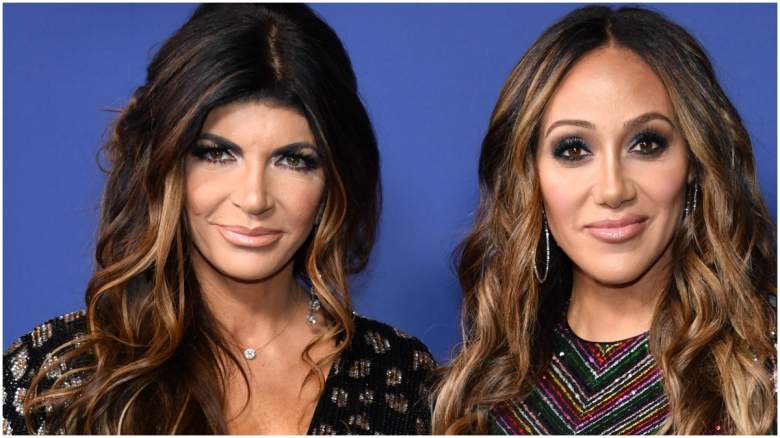 RHONJ alum Dina Manzo was present during the couple’s proposal on the beach in front of the Amanzoe Resort in Porto Heli – it was a couple’s trip, according to People — so it would be a shocker if she and her husband David Cantin didn’t make the guest list.

While Teresa didn’t confirm which of her current co-stars – which include Margaret Josephs, Dolores Catania, Jackie Goldschneider, and Jennifer Aydin – will be invited to her wedding, her sister-in-law, Melissa Gorga, will most certainly be present at the nuptials.

“It’s going to be so Jersey and so fabulous!” Melissa told Us Weekly of Teresa’s future wedding. “I didn’t go to the first one so at least I never attended one of her weddings before. This [will] be my first.”

Melissa also told Hollywood Life she does not expect to be a bridesmaid at her sister-in-law’s upcoming wedding.

“Absolutely not!” the Envy boutique owner told the outlet. “She has four daughters.”

While her wedding invite status remains unclear, RHONJ star Jennifer Aydin has nothing but great things to say about Teresa and her new love.

“I love them,” Jennifer told The Sun. “I’m so happy for them. I really wish them all the best. They’re discovering each other every day. He’s such a team player. He’s so supportive of her. It’s everything she’s ever wanted.”

But while she has nothing but love for the newly engaged couple, Jennifer admitted she doesn’t know if she will be asked to participate in the wedding – or even be invited to it.

Although the wedding planning is in limbo, Margaret Josephs told Us she thinks Teresa’s second walk down the aisle “is going to happen soon.”

“I mean the engagement, they’re together a year, they got engaged,” Margaret noted. “I’m sure the wedding will not be far behind.

Loading more stories
wpDiscuz
0
0
Would love your thoughts, please comment.x
()
x
| Reply
The 'Real Housewives of New Jersey' star won't be inviting all of her co-stars to her wedding.