Brendan Morais and Pieper James are  being slammed after their pre-show relationship was revealed on “Bachelor in Paradise.”

The two met and started a relationship off-camera following their seasons on the ABC dating franchise, but they joined the summertime spinoff anyway in an attempt to up their social media clout.

According to Us Weekly, Morais and James were first spotted together out in public in April 2021. In May, an insider confirmed they spent Memorial Day weekend together, while production on “Bachelor in Paradise” season 7 began in early June.

Morais & James Were Caught Talking About their Plan On-Camera 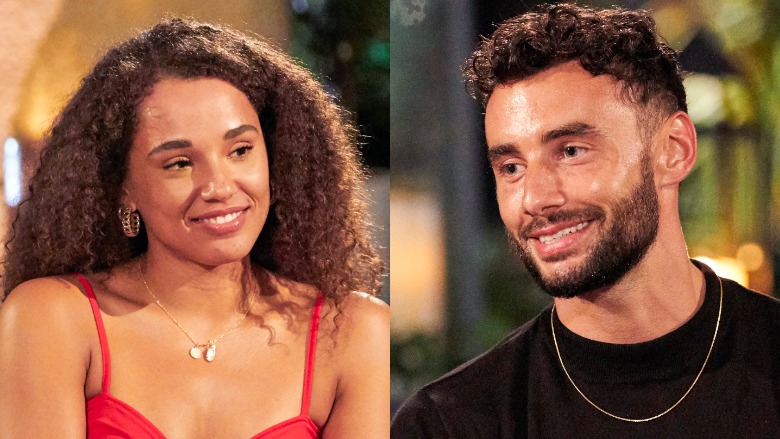 Morais downplayed his relationship with James when he joined “Paradise” earlier this summer. He said he had hung out with James but had “no relationship” with her. But the 31-year-old commercial roofer and model had been using co-star Natasha Parker to keep his spot on the ABC dating show intact until his real-life girlfriend arrived to film with him in Mexico.

When James arrived on the scene several weeks in, she made it clear that Morais was her “boyfriend’ and they were “dating” before reuniting on the show — she told Parker they hung out at least 10 times off-camera.

“Like, I’m here for Brendan. He is my boyfriend, we’re dating, and I’m here to, like, continue our relationship,” James said when she arrived in “Paradise,” according to The Daily Mail. “We’re very much aligned on what it means to be here together and the next steps for us and kind of our expectations here in Paradise. We are gonna have a good time together and really make that time count, so let’s hope it all goes according to plan.”

The couple’s shady relationship was not only discovered by their co-stars but also verified on camera when they talked with their mics on.

During a one-on-one date, Morais and James were overheard talking about a magazine article that helped them both gain more Instagram followers, and how just the mere mention of their names on the show would result in more followers.

Morais attempted to muffle his microphone as he talked about the duo’s clout-chasing, then added, “I incriminated myself enough where it’s like I’m screwed.”

He also dissed Parker by saying she had “zero prospects” in “Paradise” without him and that his leading her on hadn’t kept her from connecting with other guys because no one else was interested in her.

“Bachelor in Paradise” fans were not happy with Morais and James as the episode aired. After Morais posted a photo with the caption, “Here for the wrong reasons,” viewers lashed out in the comment section.

“Wow so shady. Natasha can do so much better,” one viewer wrote.

“All respect lost,” another added.

On James’ Instagram page, critics called out the “Bachelor in Paradise” newcomer for playing with other people’s emotions after she posted a photo with the caption, “All’s fair in love and war.”

“What’s not fair is when people go on the show not speaking in truths, playing with other people’s emotions and making a mockery of the show and what it’s meant to be about,” one viewer wrote. “And for the fans it’s a letdown when it’s most obvious people are here to advance their own agendas.”

“Helping a man gaslight another woman isn’t cute,” another added.

Others posted a series of snake emoji and called for the couple to be canceled.

“Y’ALL BOTH SHOULD BE KICKED OFF THE SHOW FOR THIS S***… DISGUSTING,” a viewer wrote.

Even former “Bachelor” star Nick Viall weighed in. On Twitter, Viall wrote “Brendan and Pieper are the masterminds of a very poorly planned crime. #BachelorinParadise.”

Viewers also lashed out at the couple in another way. According to Just Jared, Morais lost more than 20,000 Instagram followers as the “Bachelor in Paradise” episode aired.

The Social Tracker website revealed that Morais had 349,185 Instagram followers at the start of the day on September 7.  He has 319,000 followers as of this writing.