David Spade is a comedian, actor, and TV host. He first shot to fame in the early 1990s on “Saturday Night Live,” where he was known for his impressions of everyone from Martha Stewart to Tom Petty.

Spade also starred in the 1990s movies “Tommy Boy” and “Joe Dirt,” the TV shows “Just Shoot Me!” and “Rules of Engagement,” and, more recently, has helmed several Netflix comedies. But a new demographic will see him on TV thanks to his latest stint as a host on the ABC dating show, “Bachelor in Paradise.”

How Old is David Spade? 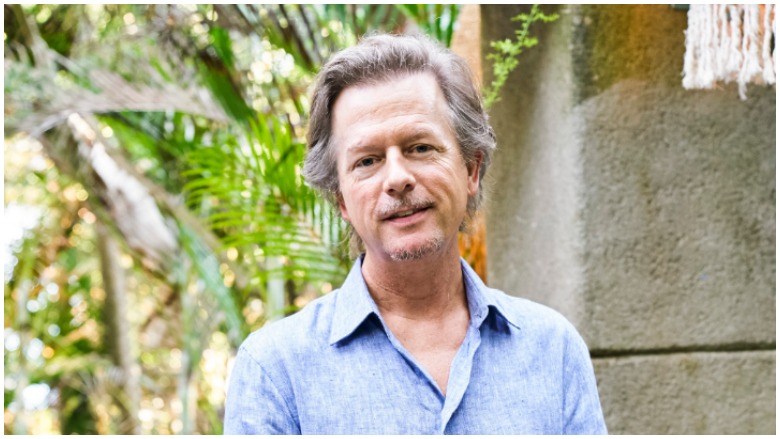 Spade was born on July 22, 1964, in Birmingham, Michigan, according to Biography.com, which makes him 57-years-old in 2021. His middle name is Wayne, after his father, whom he is now estranged from, per his book “A Polaroid Guy in a Snapchat World.” He was raised by his mom, Judith, and has two brothers, Bryan and Andy Spade.

Spade has noted that some of his fan base only knows him from his more recent work and they have no idea about his past life on “SNL” or in big-screen projects with his late friend and movie partner, Chris Farley.

“Listen, there’s people who don’t know who Farley is and it’s just a fact of life,” Spade told The New York Times. “I meet girls that don’t know who Led Zeppelin is. They’re like, ‘Dude, I don’t know who Maroon 5 is, all right? I’m young and you’re old.’”

Spade Has Joked About His Height

According to Celeb Heights, Spade is 5 feet 5 ¼ inches tall, although the actor has added nearly 2 inched to that height when asked about it.

During a sitdown on “Lights Out With David Spade,” Spade joked that he couldn’t “relate” to a story about actor James McAvoy’s claims of height discrimination for movie roles. Spade also claimed he is the same height as McAvoy, who is 5 feet 7 inches tall.

“I wondered why I didn’t get ‘Aquaman,’ I went in three times,” Spade quipped of the movie role that went to Jason Momoa. “And then I go, ‘Ohhhh they went that way with it. Like, that’s the look… and I can’t swim.”

He also noted that the feedback from his audition was that he’s “not a good actor and he’s short.”

Spade is actually taller than one of his co-stars from the “Grown Ups” film series he starred in with Adam Sandler, Kevin James, Chris Rock, Cameron Boyce, and more in 2010 and 2013. “Grown Ups”co-star Rob Schneider is only 5 feet, 3 ½”, Celeb Heights reported.

Spade also talked about his height in an interview with The Wall Street Journal.

“I was a bit of a pipsqueak until high school when I grew enough to be considered normally tiny,” he told the outlet in 2019.

He also admitted that he was a “super nerd” as a kid.

“Before high school, I was a super nerd,” Spade said. “I was in the chess club, spelling-bee tournaments, and the math club, and I read the most books in fifth grade. In high school, it all went away somehow….Fortunately for me both of my brothers were cool. When I got to high school I was cool by association. I had long blond hair, I was a skateboarder and I wore OP shorts.”

Loading more stories
wpDiscuz
0
0
Would love your thoughts, please comment.x
()
x
| Reply
The comedian has a new role on 'Bachelor in Paradise.'