Rachel Lindsay blasted Bachelor Nation in a scathing essay she penned for New York magazine and published online by Vulture.  In the op-ed piece, the former star of “The Bachelorette”  called out the “hateful” segment of the production team which she labeled “Bachelor Klan.”

“The franchise has spent 19 years cultivating a toxic audience,” Lindsay wrote. “They have constantly given it a product it wants: a midwestern/southern white, blonde, light-eyed Christian. Not all viewers are like that. …There is a Bachelor Nation, and there is a Bachelor Klan.”

In the essay, Lindsay revealed that “Bachelor” producers sometimes protected her so she would not be portrayed as the “angry Black female” when she was a contestant on Nick Viall’s season of “The Bachelor” in 2017. She noted that she was being eyed as the franchise’s first-ever Black “Bachelorette” amid demands for more diversity on the ABC dating franchise.

Once she was cast as ABC’s leading lady. Lindsay said she felt “exploited” by producers, most notably during her hometown date with Peter Kraus, when she found herself in a staged conversation with an interracial couple Kraus was friends with. The conversation was a franchise first – “friends” are never invited to hometowns –  and it turned to the topic of having “mixed babies” and what it was like being an interracial couple.

“Lindsay called the situation “contrived” and added she was “a token” for the franchise.

Lindsay also accused the franchise of being afraid to cast a Black man as the first lead of color, noting that ”a Black man going into the homes of white women and sleeping with their daughters is a narrative the audience still can’t accept.”

The former “Bachelorette” wrote that her final straw with the franchise was when “pubescent” Peter Weber was cast as “The Bachelor” over Black suitor Mike Johnson, who is a military veteran and a fan favorite.

“I was livid,” she wrote. “That was my breaking point. I was like, ‘You know what? I’m going to use my platform to call out the show.'”

After her bombshell essay was published, Lindsay took To Instagram to call out New York Magazine for misrepresenting the context of her essay with a “clickbait headline,” “Oops I Blew Up the Bachelor.”

The outlet apologized in a statement to The Wrap, clarifying that the headline was not meant to represent a direct quote by Lindsay. 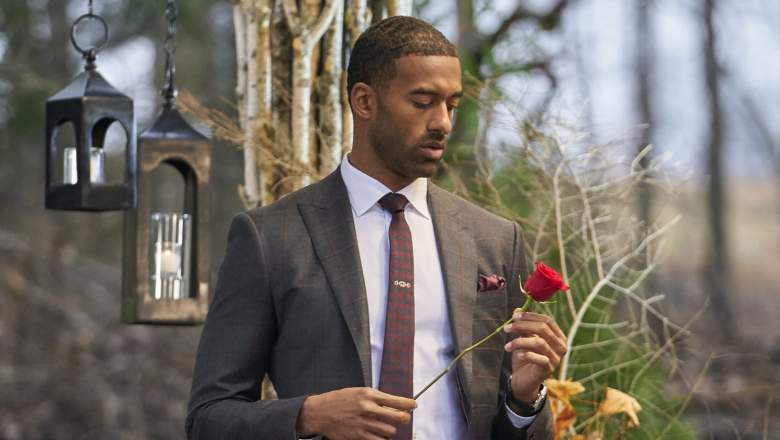 This is not the first time Lindsay has spoken out about the reality TV franchise that made her famous. In 2020, following the death of George Floyd, Lindsay said “The Bachelor” franchise needed a “systematic change” more than ever to highlight what was really going on in America.

“I have to see some type of change,” Lindsay told  After Buzz TV’s Bachelor A.M. With Kelsey Meyer, per Us Weekly. “It’s ridiculous. It’s embarrassing. At this point, it’s embarrassing to be affiliated with it.”

At the time, Lindsay had been the franchise’s only Black lead since the 2002 debut of “The Bachelor.”

Matt James was cast later that year as the franchise’s first Black Bachelor. His run on the show spawned the departure of longtime host Chris Harrison, who defended the fact that James’ final pick, Rachael Kirkconnell, attended a racist college party in 2018.