A group of scammers used “The Voice” coach Blake Shelton’s name to ripoff the country singer’s fans, federal authorities say. Four people have pleaded guilty in connection to posing as Shelton’s manager and creating a fake fan club and “Blake Shelton Fan of the Year” contest to get people to send them money, according to court documents obtained by Heavy.

Federal prosecutors in West Virginia charged at least six people in connection to the scheme in 2020, according to a press release. Kenneth Ogudu, Kenneth Emeni, Romello Thorpe and John Nassy have all pleaded guilty to money laundering and fraud-related charges in recent months and face sentencing soon.

Another person, Oluwagbenga Harrison, received a pretrial diversion agreement that will result in the charges being dropped if they stay out of trouble and pay nearly $100,000 in restitution to the victims, court records show. According to prosecutors, “As part of the scheme (the) co-conspirators created online false personas and contacted victims via email, text messaging or online dating and social media websites in order to induce the victims into believing they were in a romantic relationship, friendship or business relationship with various false personas. The victims were persuaded to send money for a variety of false and fraudulent reasons for the benefit of the false personas.” The money from the scheme was often sent to accounts in Nigeria and Ghana.

One Blake Shelton Fan Sent $17,500 to a Scammer Posing as His Manager, Prosecutors Say 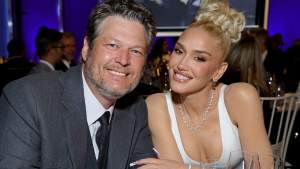 According to court documents, Harrison and others involved in the scheme posed as “Heather Harrison” and claimed to work for Warner Brother’s music division as Blake Shelton’s manager, according to court documents. Harrison contacted an Alabama woman in the summer of 2018 and said that the victim had been entered to win the “Blake Shelton Fan of the Year” contest if she paid $2,500.

According to court documents, the scammers then told the victim that if she sent another $10,000 she would be in the top three of the contest. On October 23, 2018, the victim sent that amount to the scammers. In early 2020, the scammers again contacted the victim and said she had won $250,000 through the “Blake Shelton Fan of the Year” contest, but needed to wire $12,500 to pay taxes on the winnings. The victim did not send that money.

It was not immediately clear from court documents how many other people were targeted by the fake Blake Shelton scheme. The same group of fraudsters also pretended to be actor Chris Hemsworth and convinced a victim to send them $50,000 for a “meet and greet,” according to court documents.

Shelton Has Previously Warned Fans About Scammers Using His Name 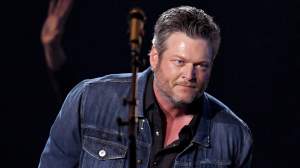 Blake Shelton has previously warned fans about scams using his name. His team posted on Facebook in 2018, “WE WOULD NEVER MESSAGE ANYONE ASKING FOR ANY SORT OF DONATION!! … Please do not send money to anyone pretending to be Blake. They are fake Blake Shelton accounts! MAKE SURE TO REPORT ALL FAKE ACCOUNTS to Twitter, Facebook and Instagram! In addition, message our real account with the username of the fake account so we can ensure these get taken down.

The Facebook post added, “There are several fake Blake Shelton accounts going around and if they do not have a blue verification check mark like the photos below it is not Blake’s account! Our sincere apologies to anyone affected by a fake account.”

Also in 2018, a Florida woman told WKMG in Orlando a Shelton impersonator sent her a counterfeit $3,000 check after convincing her she was talking to the singer on his personal cellphone. “Being a fan of Blake Shelton, I was supposed to take the check, let it sit in my bank for three hours, cash it and then go donate it to one of his charities,” the woman told the news station. “I’m trying to prevent this from happening to someone else. They play with your emotions, your feelings, but when they start asking you for money, honey, it’s fake.”

Federal prosecutors said, “The public is encouraged to report potential online fraud activity or scams at https://www.ic3.gov/.” They added:

If you or someone you know is age 60 or older and has been a victim of financial fraud, help is standing by at the National Elder Fraud Hotline: 1-833-FRAUD-11 (1-833-372-8311). This U.S. Department of Justice hotline, managed by the Office for Victims of Crime, is staffed by experienced professionals who provide personalized support to callers by assessing the needs of the victim, and identifying relevant next steps. Case managers will identify appropriate reporting agencies, provide information to callers to assist them in reporting, connect callers directly with appropriate agencies, and provide resources and referrals, on a case-by-case basis. Reporting is the first step. Reporting can help authorities identify those who commit fraud and reporting certain financial losses due to fraud as soon as possible can increase the likelihood of recovering losses. The hotline is staffed 10am-6pm Eastern Time, Monday-Friday. English, Spanish, and other languages are available.

Loading more stories
wpDiscuz
0
0
Would love your thoughts, please comment.x
()
x
| Reply
Fans of "The Voice" coach Blake Shelton were targeted by scammers who claimed to be running a fan club and "fan of the year" contest to steal money, federal prosecutors say.