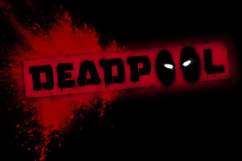 REVIEW: Deadpool is a Hilarious (But Unpolished) Thrill Ride


Marvel, Activision, and High Moon Studios have all gotten together to create a video that places Deadpool front and center. Here’s everything you need to know about the “Merc with A Mouth,” his prior video game appearances, and what you can expect for his June 2013 video game launch.

1. Deadpool Is The Main Character of the Game, But He’ll Be Joined By Some Familiar Faces…

Wade Winston Wilson aka Deadpool is one of Marvel’s most popular (and most hilarious) characters. His standing as the comic book giant’s coolest mercenary and anti-hero has made him beloved by a wide range of fans. He made his first appearance in The New Mutants #98 (February 1991.)

As a participant of the Weapon X program, Deadpool ended up gaining a healing factor that regenerates any bodily harm he may endure. He’s also very skilled in martial arts, plus he’s not too shabby when it comes to wielding several firearms and swords. So why does he wear that red and black get-up? Well, the regenerative abilities he has sped up the cancer he was once suffering from. This led to him developing severe scar tissue, which made his body permanently deformed.

Deadpool is known for being outspoken, brash, and a pure riot when he opens his mouth. The game will showcase this humorous side through gameplay and cutscenes. For instance, Deadpool will blurt out comments like, “No guts, no glory” or, “Oh that’s gonna leave a mark!” when he deals some damage to his foes. During one particular cutscene, Deadpool gets distracted by an hilarious inner conversation while Cable is speaking to him about doing things for the greater good of man and the future. Sounds like this mercenary has more important things on his mind, like more pizza…

3. Nolan North Is Reprising His Voice Actor Role for Deadpool

Gaming’s most famous voice actor will be returning to voice Deadpool for this go-around. Mr. Nolan North voiced this character before for Capcom’s Marvel vs. Capcom 3 fighting game. North is well known for being the voice of the Uncharted series’ Nathan Drake.

4. The Game Will Break the “Forth Wall”

Deadpool is notable for breaking the “fourth wall” of the media he takes part in. This trend will continue in this game, as he’ll do things such as tap the TV screen and ask gamers, “Hey, got any girls in there?” These moments will be done in order to involve the player and infuse Deadpool’s knack for screwing around with whoever is controlling him.

5. Its a Third-Person Hack ‘N Slash/Shooter

This game is being created as a third-person shooter that also includes melee-focused gameplay. Deadpool will be armed with his trademark dual swords and guns, as well as additional weapons (dual hammers, sledgehammers, laser guns etc.). Deadpool can dodge attacks through the use of his teleportation ability, plus he’s able to pull off some gruesome stealth kills. The action will surely be fast, furious, bloody and decidedly gory. Some of Deadpool’s attacks result in decapitations and plenty of the red stuff flowing from dispersed enemies. As Deadpool takes damage, his accelerated healing factor will come into play – gamers can wait for his limbs to grow back or immediately reattach them.

Daniel Way, a former writer for the Deadpool comic, will be writing the script for the game. Way has also done come book work for the Spider-Man, Wolverine, Venom, and Sabretooth series.

8. Deadpool Himself Has Done Some PR For the Game

In an interesting move for the game’s promotional efforts, Deadpool himself has chosen to conduct some interview about his game. Check out one of his interviews (filmed by Victor Glover) above.

9. The Game Will Make References to Deadpool’s Origins

In an interview with AUSGamers, Deadpool game director Sean Miller alluded to the game’s plans to make references to the mercenary’s comic book origins:

We will be making references to the origin and there’s ways to learn more about who Deadpool is and where he’s come from. But we’re not telling this as an origin story. We didn’t want to go back to the beginning and have to do all of that. But I think much like you see in the comics they’ll often tell the origin story in small chunks and you understand – OK, this is who this guy is, now get on with the story. That’s another thing that’s great about working with the comic writer is they kind of know how to summarize that stuff pretty quick. So it’s going to be great with that. I’d also like people to – hey you want to know more about that guy? – go back to the comics, [that] points you in that direction. Something that you get to do, Deadpool knows that he’s in the comics, so he can point you to the comic to where you can learn about that thing, you want to know more about that thing.

For those of you who don’t care about spoilers, here’s the full achievements/trophies list for the game from Xbox360Achievements. 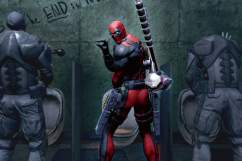