Breach & Clear takes the action-packed breaching sequences gamers are used to playing in those mega popular Call of Duty titles and makes them more…strategic. You won’t be running into a room full of insurgents and blasting them to bits. You’ll have to plan your moves accordingly and take them out without slow-mo special effects and cash flying in the air. This military strategy mobile game will throw plenty of tough missions your way, so we’re here to make sure your recruits stay alive.

1. The Basics of Breaching

CheatMasters.com knows that first word of the game’s title means a lot. Read their explanation on the breaching part of your playtime:

Breaching pertains to when soldiers would be entering a room. Most rooms will contain enemies, although these are not visible to the player until the soldiers have already entered the area. There may also be multiple breach points, and the player can choose to enter a room as a single unit or have coordinated attacks from multiple points. Players can also have multiple breach methods such as kicking down a door, blasting a door using a shotgun, or using a lock pick or explosives.

Once an area has been breached, it is important to take cover immediately after entering a room in order to avoid getting attacked. This is especially necessary when entering close quarters or in areas where you might get ambushed. It would also be wise to enter with at least two people per group, one for positioning, and the other for support should there be one or more enemies present.

2. Each Solider Has Unlockable Perks

Every soldier in the game that comes in handy for several harrowing situations. A perk will be available from level 1, of course. New perks also unlock for each of them once they hit levels 5, 10, 15, 25 and 30. We’re going to start listing the perks that your soldiers are equipped with at level 5 (since you’ve already seen those level 1 perks):

– Fireteam Leader: Close Knit: Stats are boosted when near teammates.
– Weapons Sergeant: Suppressing Damage: Damage is dealt during suppressing fire.
– Breacher: Frag Pro: Grenade damage is increased.
– Medic: Medpack Plus: Medpacks now affect all teammates who are within range of the medic.
– Intelligence: Lookout: Within a certain radius, enemies will be revealed on the map as the intelligence soldier moves around the map.
– Direct Action: Under Pressure: Bonus POINTS to accuracy when under fire; can stack if under fire from multiple enemies

This is purely common sense, but some of you gung-ho gamers out there need to be told this at least once – keep your soldiers a lot safer by sticking to cover. It’s much better to flush out your enemies by flinging a few grenades instead of throwing your soldiers in their line of fire. If you do feel like engaging directly a lot more than sticking to cover, use those Navy Seals. They’re much more equipped when it comes to taking out enemy units.

4. Take Advantage of That “Throw and Go” Ability

The Breacher’s “Throw and Go” ability is extremely useful, since it allows this unit to throw a grenade and move in the same turn. Once they get to level 5, that ability gets supplemented by the “Frag Pro” ability, which increased the damage of thrown grenades. It’s best to keep a Breacher on your team thanks to these beneficial abilities.

BBGSite.com listed the other perks for the Breacher:

Skill: Increases distance to throw grenades and radius of effect

5. Two-Person Teams May Be Beneficial, But Rely on Full Squads Too

Splitting up your teams may help you cover more ground and get the jump on enemies, but its still a risky move. Engage two-man squads when you know you have two strong squad members on both sides. You’ll have a much easier time completing missions when your fireteam is whole. But if you want more stars on a completed mission, the split-up team scenario is the way to go.

Every mission in the game can be played multiple times. Do this to increase you star level and get faster completion times. Once you have stronger soldiers, use that two-team method to clear out those first few levels. You probably won’t have a problem completing them the second time around…

7. Know Who to Level Up ASAP

BBGSite.com also listed some advice pertaining to who to level up when the time is right:

Level up your players based on their role in your team. If you have a Fireteam Leader with the Draw Fire perk activated, then you clearly want him to have high health and evasion. A Breacher, on the other hand, should have a high explosives rating (and, of course, grenades on him!)

8. Set Up Teams With Soldiers That Buff Each Other

Modojo.com explained that each solder helps compliment one another once you mix your team with different classes:

Make sure each soldier complements the other by mixing the different classes, all of which have signature strengths; the list includes Fire Team Leader, Weapons Sergeant, Breacher, Direct Action, Medic and Intelligence.

9. Make Less Noise; Use Your Boots To Start A Breach

Blasting open a door with some guns or grenades may net you some extra brownie points, but it also brings some unwanted attention. Enemies hear that and they’re sure to come knocking on your door once you complete your current breach. Kick in those doors instead of blowing them to Kingdom Come. Your breach will be a success and none of your enemies will be aware of your presence (yet…).

10. The Basics of Weapons

CheatMasters.com made sure to go through the basics of weapons and how to acquire better ones:

Different weapons can be purchased using silver earned when completing missions. Premium weapons can also be purchased using stars, which serve as the game’s premium currency. Attachments can be purchased and equipped in the Workbench, which can increase a weapon’s damage, rate of fire, and many more. Soldiers can have different loadouts, and being able to equip the correct armaments suited for the mission is very important, requiring players to prioritize spending currencies on purchasing and upgrading weapons.

If you have any extra tips and cheats you’d like to contribute to fellow Breach & Clear players, throw them in the comments section! 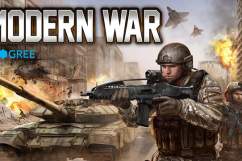 Modern War: Top 10 Tips and Cheats You Need to Know