Infinite run games are all over the mobile gaming space. People can’t get enough of games that let them run as far as they can as they avoid obstacles, collect items and jump/slide their way to a higher score. People love Despicable Me too (and 2, as in the movie 2!), so an infinite run game based on the lil’ yellow guys was bound to release sooner or later.

Your minions will be running through several areas from the film, collect bananas, pick up power-ups and dodge surprisingly massive bosses. We’re here to provide you with 10 tips, tricks, and cheats that will keep your minion on the road to victory.

Check out the video below for a quick tutorial on how to best one of the game’s boss encounters.

1. Rack Up on Those Bananas and Golden Bananas

As your minion runs to and fro, there will be plenty of bananas to see and pick up. All of the game’s many upgrades are tied to the collecting of bananas. Try and focus on picking up as many bananas as you can, plus you should hit up the levels you’ve already beaten so you can stock up on more. If you’re willing to spend a few bucks on Golden Bananas, you’ll get double points for every banana you pick up. Get your score multiplier a bit higher with that aforementioned item.

2. Keep Your Eyes Ahead of Your Minion

It’s pretty common sense, but it must be said anyway – keep your eyes ahead of your super fast minion. Your eyes should be glued to the road ahead so you can have an easier time collecting all those items on the board. It pays to pay attention to the many obstacles and collectibles you’ll see ahead of your minion.

3. Know When to Tilt and Dodge in Mid-Air

4. Squash Other Minions, Get That Multiplier and Cop Extra Bananas

It pays to run and squash the other minions who are also running alongside you. If you’re looking to get your score multiplier higher (and are willing to ditch those big banana bunches), then squash all those darn minions. That score multiplier will make your banana collecting a lot more…well, “fruitful.” HA!

5. Try and Stay on the Boss Battle Stages a Bit Longer to Collect More Bananas

GameWise.co knows that it’s way more helpful for players to tough it out on those boss levels (and unicorn stages):

Rack up your score even more by dragging out the boss battles and the fluffy unicorn stages as well. In the unicorn stage, you’ll fall when you’re not touching bananas, so collect the bananas off and on to make it last longer. If Vector and Meena aren’t throwing too many robots at you, avoid them but don’t tap the target bots, so that you can continue racking up your score while you run, without worrying about any jumps or anything like that.

6. Here’s How to Take Out Vector

MMOSite.com posted up a few details on how to go about putting down one of the few bosses in the game, Vector:

When fighting against Vector, you have to avoid the large units that he drops onto the lanes, but fire the shielded units back at him. All you have to do to take him down is tap on these explosive objects to send them hurtling towards his ship. Make sure you’re out of harm’s way before tapping though.

7. Pick Up the Unicorn to Try Another Minigame

MMOSite.com also spoke about the importance of picking up the Fluffy Unicorn Icon:

Always prioritize grabbing the Fluffy Unicorn icon when it appears on the screen. You’ll need to unlock it from the store first, but once active this mini-game gives you the chance to earn some serious bananas. Use your tilt controls to steer the unicorn through the massive columns of currency.

8. Make Your Way to the Secret Disco Room

When you’re running through Gru’s lab, keep your eyes peeled for some bananas that veer off the track next to a pipe off to the right. Push your minion towards that area if you’re looking to pick up a nice lil’ bonus game – The Disco Room.

Minion Rush will let you collect prizes, but you’ll need to know the right combinations needed to add them to your repertoire:

10. These Are The Many Outfits and Bonuses That Come with Them

Besides the classic minion outfit that your minion gets to run with, there are other outfits that you can purchase with the bananas you collect. About.com iPad’s site listed all the outfits and all their perks:

If you have any extra tips and cheats you’d like to contribute to fellow Despicable Me: Minion Rush players, throw them in the comments section! 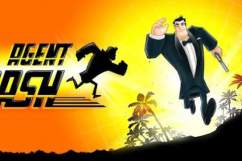 Agent Dash: Top 10 Tips and Cheats You Need to Know