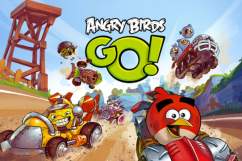 There’s plenty of tracks, karts, birds, pigs and cool special powers that makes up the bulk of this new mobile racing game. We want to make sure you know the best approaches you need to make when taking on the open road with your favorite animal avatar/kart.

Here’s all the top 10 tips/tricks/cheats you need to know for Angry Birds Go!

1. Upgrade Your Handling and Acceleration The Most

Making the best karts possible means you have to throw some upgrading time into four separate slots – Top Speed, Acceleration, Handling and Strength. Your Top Speed and Strength attributes are surely worth investing in, since your top speed means you’ll max out at a much faster speed. Plus, your strength makes your weapons a lot more effective. But you’ll be spending the majority of your time racing, so it’s much smarter to upgrade you handling and acceleration the most. Your handling will make your ride easier to control and your improved acceleration means your ride will have a much easier time getting to a manageable speed.

Head to the next page to find out the best power up to buy!

2. If You’re Gonna Buy One Power-Up, Then Buy The Double Coins Perk

Racing all over those tracks and collecting coins as you go along them is a viable method towards better upgrades. If you’re truly looking to speed up your kart upgrading work, then spend some real dough on the Double Coins perk. It goes for about seven bucks, so it’s worth paying for it since you’ll cop a healthy amount of coins on your next run. More coins, more upgrades, better rides. Simple!

Head to the next page to figure out the basics of the slingshot!

3. The Basics of The Slingshot

Modojo.com explained the purpose of the slingshot:

Before a race begins, you have the opportunity to pull back on your character and then launch him or her onto the track. The best time to do this is when the timer reaches the number one (three, two, one, go!), right before the announcer screams “go!” Do it too early, and your character will spin out and get off to a bad start.

Head to the next page to find out the best power up to use during a Vs. race!

4. The Best Powerup to Use During A Vs. Race

When you’re competing in a Vs. race, you’ll get access to three power up’s – the State Farm Kart Repair, the Goldfish Boost and the Slingshot King Sling. The best powerup you’ll need to take advantage of is the sponsored State Farm Kart Repair powerup, since it fixes your ride right up for nothing at all during a race. Check out the video above to see how useful how great this powerup is.

Head to the next page to find out how to unlock the Jenga play mode!

5. How Do I Unlock the Jenga’s Pirate Pig Attack Mode?

There’s actually a secret minigame you can unlock by either paying two bucks for it. But if you have that sweet Angry Birds Jenga Toy Set (Pirate Pig Attack), then check and see if you have the secret code that comes with it. That special code is the code you have to enter into the selection screen. You do this by tapping on the “Jenga” button below the selection screen after you begin the game.

Head to the next page to find out what could slow you down and how spin out’s can aid you!

6. Here’s What Slows Down Your Handling; Take Advantage of Any Potential Spin Out’s

WriterParty.com provided some tips on handling the right way and making the most of any spin out accidents you might experience:

With regards to handling, the two things that will slow you down the most are hitting walls and hitting other racers; however, it’s possible to spin out other racers if you hit them right, making it very difficult for them to catch up with you. Especially try to spin out another racer when it’s a close race.

Head to the next page to find out the basics behind upgrading your CC!

7. The Basics Towards Upgrading Your CC

Your CC goes up on your kart depending on the upgrades you buy. Every single upgrade increases CC, so if you haven’t unlocked something yet due to not enough CC, simply keep working on upgrading everything to the maximum level.

Head to the next page to get some advice on getting more gems!

8. Pick Up Some Gems By Beating Special Events

Remember those Champion Chase events we mentioned earlier? Successfully completing them rewards you with a nice payout of some gems. The other way you can collect these gems is by picking them up along each track that your race on. There’s the option to purchase them with some real world money, but we’re sure you’ve spent enough money on those Double Coins perks. Just get your gems the old fashioned way.

Head to the next page to find out the methods needed to get more characters!

9. The Two Methods That You Need to Know About Unlocking New Characters

There are two ways you can hit the track with some new characters. You can do it the old fashioned way (by video game terms, anyway) by beating those top tier racers in the Champion Chase events. If you have a great collection of Telepod Angry Bird figures laying around, then go ahead and transport those birds/pigs into your game. Easy enough, right?

Head to the next page to find out the time limit that will allow you to play with another character!

10. Wait It Out For 20 Minutes If You Want to Keep Using Your Favorite Characters

Each character you race with in the game eventually run low on energy and falls asleep. From this point, you can either choose to race with another character or spend some gems towards getting your tired racer back to full energy. If you’re patient enough, then go ahead and chill for about 20+ minutes. Come back and your favorite character will be back to normal strength.

If you have any extra tips and cheats you’d like to contribute to fellow Angry Birds Go! players, throw them in the comments section! 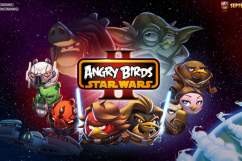