It’s the second Tuesday of November tomorrow, which only means one thing: games, games and more games. In a bold move, Ubisoft is publishing two separate Assassin’s Creed games in one day: Assassin’s Creed Unity for new-gen consoles and Assassin’s Creed Rogue for last-gen systems both drop tomorrow, November 11. While both feature the same third-person action freerunning and combat we all know and love, only Unity is getting the new-gen treatment with tons of on-screen characters, cooperative multiplayer and plenty of new features.

After six consecutive years of Assassin’s Creed games, perhaps you’re getting tired of the same tired-and-true formula of historical fiction based around Assassins, Templars and fantastical artifacts. We’ve rounded up five quick facts that highlight the differences between Unity and past entries in the massive franchise. Give them a look to see if Unity is worth picking up. 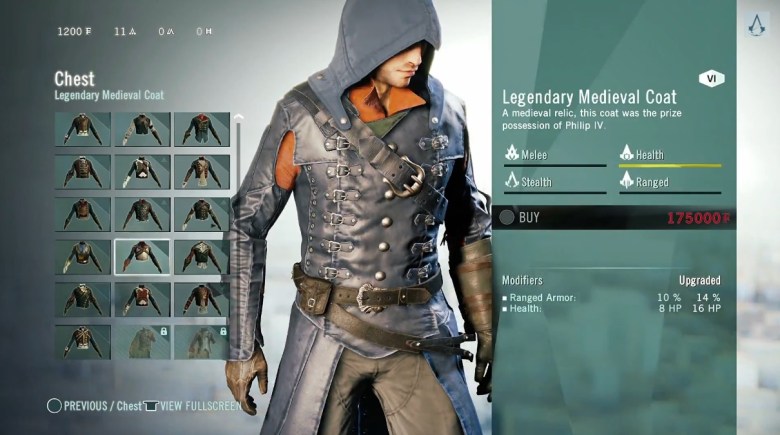 One of the big differences between Unity and other Assassin’s Creed games are the new customization options. No longer is personalizing your character only available in multiplayer. In Unity, you can tailor Arno to not only look how you want, put play how you want as well. If you can afford it, you can buy him new gear that ups his stats and makes him look sleek and stylish. Using special points received by ranking up, you can also buy skills that make it easier to perform melee-, ranged- or stealth-based combat such as the ability to pick locks, master unique weapons or disguise yourself. This feature carries over from single-player to co-op, too. 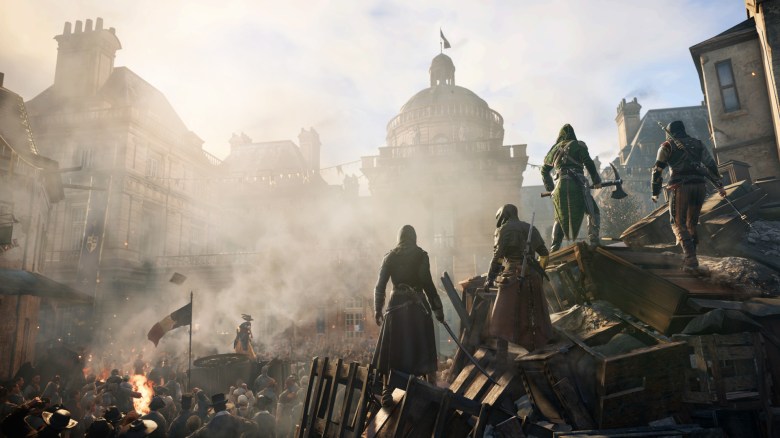 The big draw for Unity is what gives the game its name. Cooperative multiplayer is a first for Assassin’s Creed this year. Teaming with up to three other players, you and your buddies can do cooperative-based missions to earn extra loot and skills. Coordinating attacks and clearing rooms simultaneously with your friends is a satisfying way to approach the game. Considering all unlockables earned in single-player seamlessly carry over to co-op, there’s no reason not to enjoy both options. Just make sure you bring a headset; planning a difficult assassination is only made harder when you can’t communicate with your brotherhood. 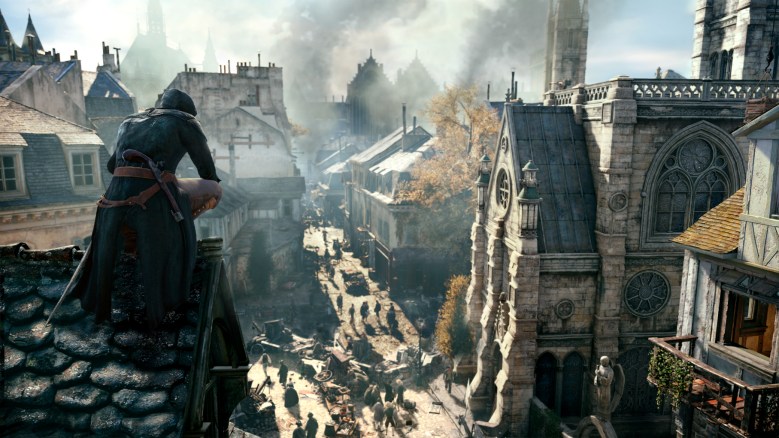 One of the big annoyances from past Assassin’s Creed games was the sometimes tedious parkour system. More than a few times in previous games I’ve jumped to my death when I meant to land on another building or safely inside a hay bale far below. In Unity, there’s a button dedicated to climbing and another to descending, which makes navigating Paris easy. By holding the appropriate button when necessary, you’ll never miss a jump or fall to your death. During chases, you can hold certain buttons to leap over market stalls, jump through windows or slide under tables, making even running on the streets exhilarating.

4. The Lack of Competitive Multiplayer Isn’t a Big Deal 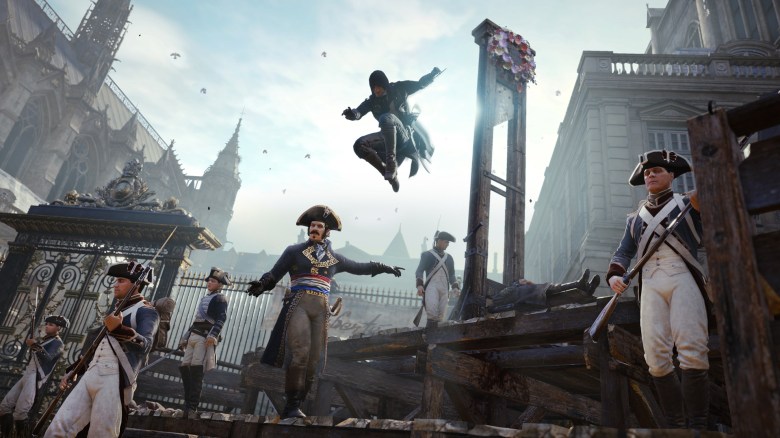 Because of Ubisoft’s decision to include cooperative multiplayer for the first time ever in Unity, competitive multiplayer wasn’t included in this year’s Assassin’s Creed games. That may come as sad news to some. After all, plenty of people loved the fair and balanced free-for-all matches where no player could be sure who was an NPC and who was a player stalking them, ready to stab them in the back. But honestly, this lack of multiplayer is okay. If Ubisoft had spent resources integrating competitive components into Unity, we might not have the solid cooperative gameplay or as strong of a single-player story. Maybe in the next year few years Ubisoft will find the way to include both in a single Assassin’s Creed game. Until then, enjoy the co-op. 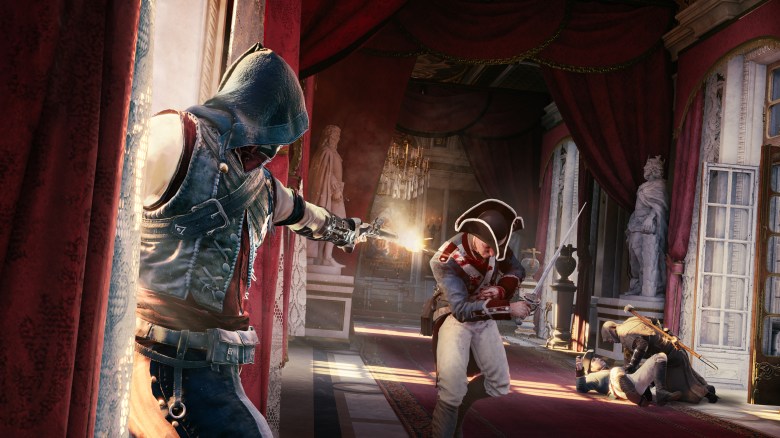 Revolutionary Paris, where Unity is set, is a big place. It’s actually larger than any past Assassin’s Creed game. Add on the fact that a quarter of the buildings will have fully explorable interiors and you’ve got a recipe for one enormous play space. But the inside of these lush locales such as palaces and cathedrals aren’t just shoehorned in; each building’s interior is meticulously crafted and, frankly, gorgeous. In one church I wandered into, I awed at the extravagant and detailed patterns and colors adorning the walls, pillars and ceiling. I truly felt like I was standing in a real cathedral that was painstakingly crafted to be as realistic and beautiful as the game would allow. The sight is nothing less than breathtaking.

Buy Assassin’s Creed Unity for the Xbox One or find more information here.