November 18 is right around the corner, and that means one thing for gamers: Dragon Age: Inquisition, new-gen Grand Theft Auto V, LittleBigPlanet 3 and Far Cry 4 all drop tomorrow. Even with all the time and money in the world, that’s a lot of gaming for once person. Forget playing them all: Even keeping up on all the new content and features coming to these titles can be a challenge. Lucky for you, we’re here to help.

Far Cry 4 is Ubisoft’s anticipated sequel to the wonderful Far Cry 3 of 2012. The game brings with it tons of new features to make your open world experience an unforgettable one. Here’s what you need to know.

1. There Are War Elephants 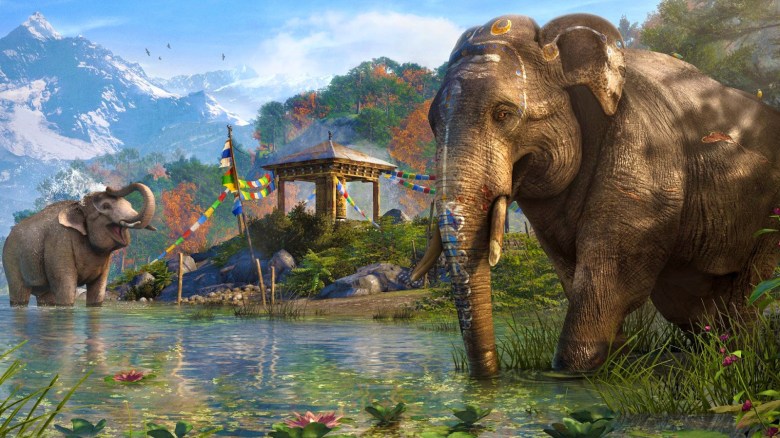 The Far Cry series has always been about pitting the player against not only savage and brutal enemies but the dangerous and unpredictable wildlife of the exotic locales you explore as well. In Far Cry 3, I spent countless hours hunting jungle cats, sharks, Komodo dragons and more. In Far Cry 4, dangerous wildlife returns, this time with war elephants. You’ll be able to ride elephants into battles and even call more of them to your aid, crushing and trampling NPCs under your feet. The elephant is the one animal in the game you won’t get a reward for killing due to its high intelligence and majestic size. Elephants are our friends, so watch your trigger finger around these helpful, magnificent beasts! 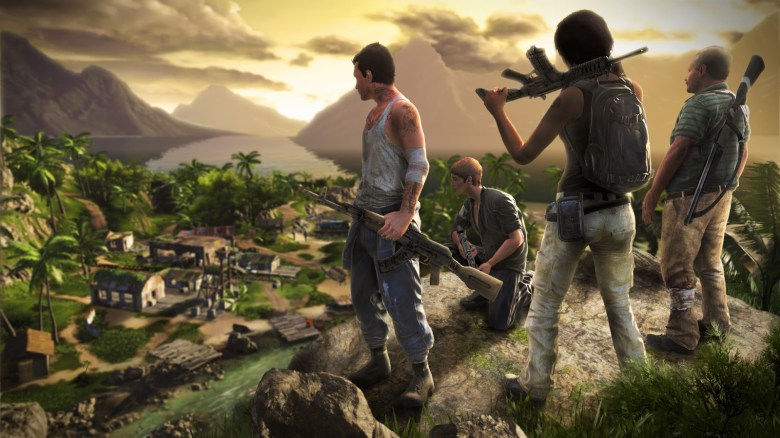 Far Cry 3 featured a co-op story separate from the single-player campaign that didn’t allow players to fully explore the region or wander too far from their partners. All that’s changing in Far Cry 4. In what Ubisoft has dubbed “Guns for Hire,” players can invite their friends to the world of Kyrat. All the single-player missions turn off and the co-op ones turn on for the remainder of the session. Together, friends can raid outposts, find collectibles and explore the world, and all experience and items gathered carry over to all players’ games when the session ends. Best of all, Far Cry 4 will allow those who own the game to invite friends who don’t to join in from their own homes, free of charge. There’s reportedly going to be competitive multiplayer for those of you who want to kill your friends, too.

3. It Takes Place in the Himalayas 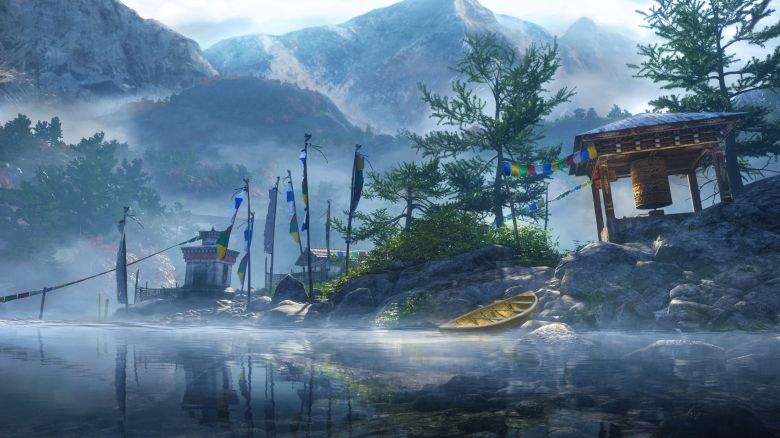 We’ve all seen the tropical settings the Far Cry series is known for. The lush jungles and crystal clear waters of exotic locales are well and good, but Far Cry 4 brings players a new setting: Kyrat, a fictional city set in the Himalayas of Nepal. Ubisoft’s dedication to this created world is impressive; members of the development team spent several weeks in Nepal to map out how Kyrat would look and feel in the game. The early prototype of the game the devs created lacked any billboards, advertisements or western influence evident in the actual Nepal. The documentation of their trip allowed them to create a fictional world that feels as authentic and real as the region it’s based on.

4. You Can Create Your Own Outpost 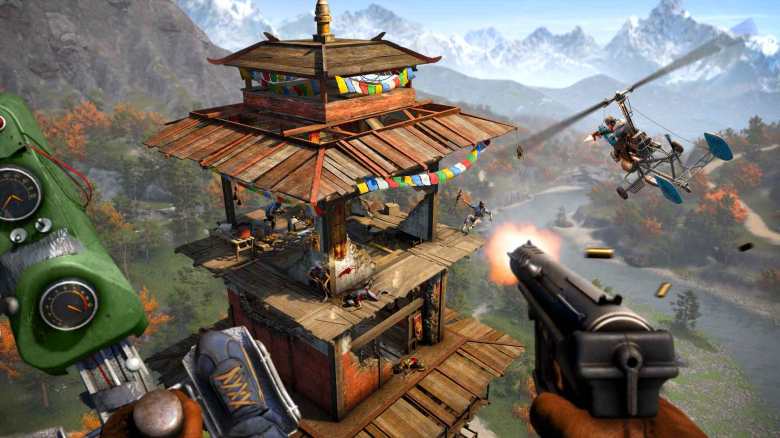 According to Game Informer’s July issue cover story previewing Far Cry 4, the final game will allow players to create their own outposts and bases. The popular map-creation tools from Far Cry 2 return, allowing players to use their imagination and creativity to make not only outposts but unique missions as well.

We saw a demo in which a user created an outpost mission from scratch — placing buildings, sculpting terrain and adding A.I. patrols and enemies — in 10 minutes. Ubisoft says it’s looking at streaming service like Netflix and Apple’s App Store as inspiration for how to best surface the best user-generated content. 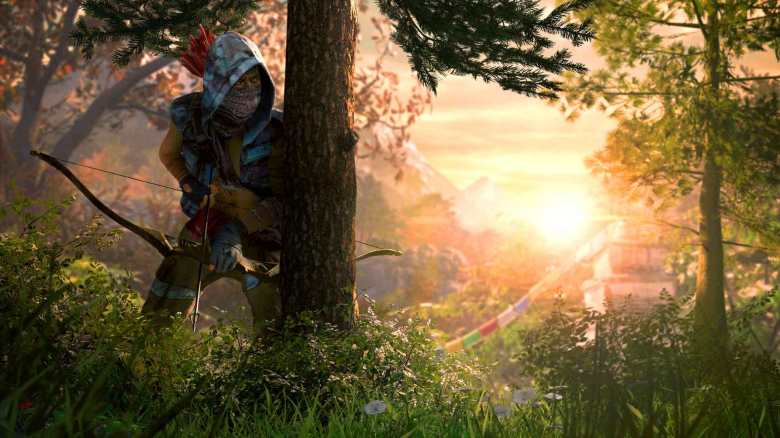 Plenty of little new stuff will appear in Far Cry 4, further adding to its unique experience. Small buzzard helicopters make it a breeze to zip around in three dimensions, gunning as you go, collecting intel as you go. New enemy types like the hunter use silent bows and stealth to sneak up on players. Enemy mortar crews assault opponents from a distance by raining death upon players, making infiltrating fortresses more difficult than in previous games. Fortunately, you’ll have new weapons like an auto crossbow and the elephant gun — a sleek and powerful shotgun — to even the odds. In Far Cry 4, the main antagonist is Pagan Min, a charismatic, pink-suit wearing opponent with close ties to the player character. He’s voiced by the excellent Troy Baker of The Last of Us and BioShock Infinite fame, so we’re in for a treat.

Buy Far Cry 4 for the Xbox One or find more information here.