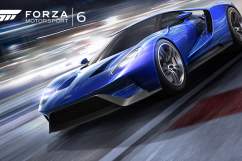 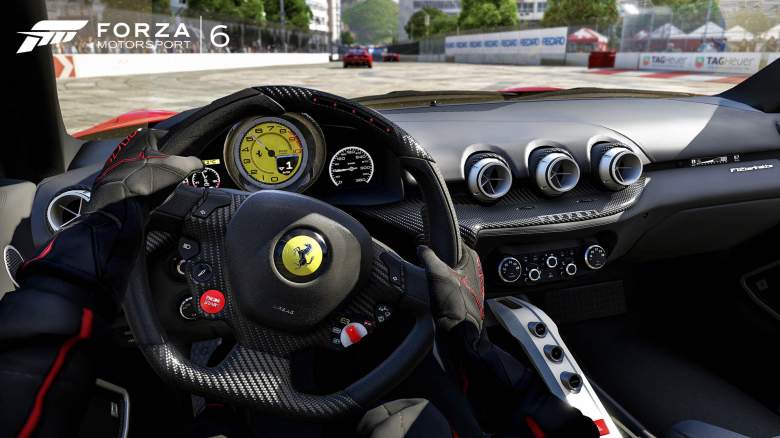 Take everything you already knew about the Forza franchise — its impressive list of cars, tracks and the attention to detail — and multiply it by 4 or 5. There’s your general feeling to prepare you for Forza Motorsport 6.

It’s rare that I rave about a game that is as simplistic as a racing game; after all, you’re basically driving as fast as you can around a track to see who can come in first. But sometimes a game comes along and impresses in a way that has to be experienced to be believed. Forza 6 is that game.

This year’s edition is hands down the best new generation racer so far. It brings with it a new effect system that allows for wet weather, giving Forza players a chance to race in the rain for the first time in the franchise’s history. The effect is visually impressive, and you’ll be amazed when you see streaking water droplets on the windscreen, properly sloshing about under the wipers as if you were in a real car. What’s more, the rain creates puddles along the tracks, and you can feel the difference immediately underneath your tires as you enter into a puddle. So as far as the weather goes, it’s safe to say that Forza 6 sets a new standard.

What’s even more impressive to me, though, is how you can feel the difference between different road types immediately as you drive upon a new surface. It’s most notable on a Prague track, which goes from cobblestone walkways to pavement to streets with rails on them. You can feel each type of surface via the rumble in the Xbox One’s controller, just like you can feel a puddle as you come to it.

Night driving is also a satisfying experience that looks great, with dynamic shadows cast from your car as you approach a light. The only gripe we have with it is that it’s either immediately dark or you’re in sunlight — there’s no dusk or dawn to behold. 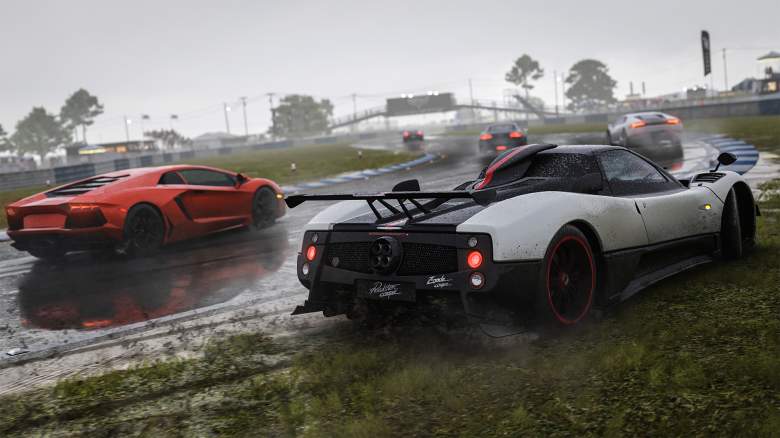 The Forza 6 car list is absolutely stacked with great cars, ranging from the hottest cars on every playboy’s wishlist to F1 cars to a 1965 Alfa Romeo. Each car can be upgraded and tweaked to your liking, and instead of having to unlock each car individually to drive it, players can rent whatever car they’d like in free play (although, you don’t get to keep the credits you earn with a rented car). Each car has its own pros and cons as expected, and you can feel the different weights and engines of each. In fact, no two cars feel the same, regardless of how similar they are in design.

Browsing through cars is also much improved with Forza 6, as they’re sorted by manufacturers with each individual model listed vertically. Finding the car you’re looking for is a breeze, and checking out the different cars available from each manufacturer is no longer a chore.

The new mod system is also a welcomed addition, as it gives you unique gameplay modifiers to single-player races (and career mode) to give you things such as extra XP for achieving certain objectives or 6% more grip.

Forza Motorsport 6 is the best new generation racer, beating out DriveClub by a full lap and Project CARS by just a hair. Its selection of cars is incredible, driving in rain is as realistic as we’ve seen yet, and somehow it still feels accessible to newcomers to the series. Whether you want to drive a Bugatti or push a Cadillac Escalade, there’s something here for every car-loving racing-enthusiast.

Read More
Forza Motorsport 6, Xbox One
Racing in the rain or at night might be the biggest bullet point, but let's not forget that there's over 400 cars to race.