When the new Xbox One Elite controller was first announced, I’ll admit that I scoffed and huffed because of how the whole thing felt — like a cash grab. But after spending extensive time with the new controller, holding it in my hands, and actually playing with it, I was pleasantly surprised.

Microsoft’s idea is a simple one: what would happen if they created a controller that was highly customizable. The idea resulted in a pro-grade game controller that has a good weight to it, looks great, and has increased functionality.

The Xbox elite controller’s weight is instantly noticeable. And, it’s not top heavy; it’s nicely balanced and the weight is evenly distributed. It’s a big change from the light and seemingly-airy controllers that we’ve been accustomed to. It actually feels like you’re holding something in your hand.

The controller sports an all black and silver look, with no colors visible on its face. Instead of the red, blue, green and yellow Xbox buttons we’ve grown used to, they’re all blacked out and have gray numbers. Of course, the look is also influenced by the interchangeable buttons and triggers, but we’ll get to all that shortly. The build quality is pretty high, and I was impressed with how formidable it felt in my hands.

I will first note the only major flaw that I encountered with the elite controller, and that’s the simple fact that it doesn’t have a rechargeable battery. Instead, it uses two AA’s. Bummer. 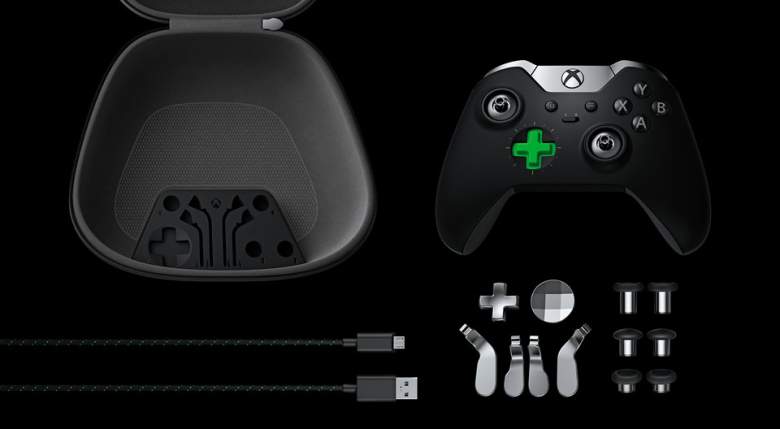 But the most intuitive feature of the new Xbox controller is its interchangeable buttons, which includes 4 extra triggers on the backside of the controller that can be assigned to different keys, interchangeable D-Pad, and replaceable thumb sticks. The rear triggers are completely (and surprisingly easily) removable, so if you don’t want to use them for a certain game, you can simply just snap them off. It’s all a bit overwhelming at first, admittedly, but there are community-created configurations for certain games available (which I tested with Halo 5: Guardians). Those who want to customize their controller’s buttons and remap their inputs can do so using the Xbox One Accessories app. And, what’s more, is you’re able to have two separate profile configurations for each controller, allowing you to create separate controls for your FPS games and then quickly switch to a different configuration for another game.

You’re also able to change the trigger sensitivity and assign specific weapons to specific paddles, so for a game with multiple weapons — Halo 5 or Call of Duty, for instance — you’re able to quickly change to the gun you’re looking for.

I’ll also note that you can use the controller with Windows 10 without having to download any drivers (they were already included in the install).

After reviewing, I’ll say that the Xbox One Elite controller is worth the hefty $150 price tag, at least in my own opinion. Would we like it to come in at less than $150? Of course. But for a controller so advanced, it’s a price worth paying. And, we’ll be sure to add it to our list of the best gifts for boys for the upcoming holiday season.

The Elite Controller will be available soon, and you can pre-order it here. 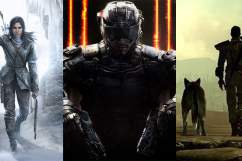