Here are the top 10 tips/tricks/cheats you need to know for Pocket Troops.

1. Always Spend Some Time Going Over Your Approaches to Defense

• Always stick to Kevin McCallister’s motto, the greatest defense tactician of all times – “This is my house, I have to defend it.” Leave a defense setup for your battle squad up when going offline. Once you’re offline, that’s the time when your base can be targeted for attacks by other Commanders. Cash can also be stolen due to an unsuccessful defense. However if your troopers hold off an attack you will get extra gold coins, which is always nice. In most cases, your defense squad will be different from your attack setup. Keep in mind that attacking troops make the first move, so put your best defense forward. Normally, the best approach is to have heavily armored Spies with Teleportation of 3+ level supported by Snipers equipped with a BKB. Each trooper’s position in the squad matters, so don’t forget to rearrange them through drag-n-drop movement options.

• There are six unique classes in the game, three of which are accessible from the very start. The other three classes (heavy commando, spy and grenadier) are unlocked when you complete the Main Campaign missions. Trooper symbols on the Campaign map indicate points where you can unlock new classes. Once unlocked, they will appear at the recruit zone.

• Complete “Super Creeps,” the 8th mission of the Main Campaign, and you’ll get access to a Thunderstruck Operation. These are weekly events that take place on special hover platforms in the middle of a thunder storm. Though Thunderstruck Operations missions are tougher then regular ones, the loot is really worth it. Beating these missions is the best way to farm resources and legendary weapons if your squad setup is skilled enough for each specific fight. It is seemingly impossible to complete all Thunderstruck missions, though. You can disprove this myth somehow by obtaining the best rank by the end of a Sunday night, when these events end. Keep an eye on your opponents, near and far.

• Training is the key point for developing your troopers. While skills and weapons boost their parameters, training is the only way how to constantly upgrade health, armor, attack and accuracy. Think economically and tactically – make sure that your exercisers are constantly busy. The best approach is to send troopers of higher training levels into offline training, so they’re almost done when you return. Each trooper class has a predefined training setup. However you can change it at any time for a specific trooper. Once you make that change, the new training plan will automatically be assigned to the trooper during their next training regimen.

• Think outside of your troopers’ class specification and equip their secondary weapons wisely. Fights are intense and bite-sized, but situations on the battlefield changes all the time. Long-range weapons easily become useless when a heavily armored tank enters their line of sight. Equip your snipers with close combat weapons such as pistols. This will give them a chance against Spies in their proximity.

• Regularly upgrade your Cash Printing Device to unlock new upgrades. At the same time the Cash Device itself produces…well, cash. At some points it is more effective to invest cash into upgrading it other then spending more time looting it on the battle field, which is full of dangers. The cash kept on the Device can not be stolen when the base is under attack. However when the maximum capacity is reached, no cash can be produced. You’ll have to maintain a balance between safety and greed.

• Invite your Facebook friends to the game and use their best troopers during missions. The more friends you have, the more help you can get, which can be a big help during battles against tough bosses. It’s free for you and gives your friend stars for lending his/her trooper, which is a nice additional income. Once used, your friend’s best trooper will be accessible for you again only after the friend collects his reward.

8. Get The Most Elite Benefits

• Elite Forces contracts gives serious benefits. Such as an extra exercise machine, rating boosters (+30-percent win bonus and -50-percent defeat penalty). And our favorite, an instant level up of skills and weapons, which saves you lot of time in the long run. An Elite Forces contract is rewarded for completing “The Bad, The Bad, The Ugly”, which is the the 4th mission of the “Finding Professor Evil” campaign.

9. Always Check on Your Troopers’ Progress

• Check out your Troopers’ progress tab to know what weapons become available at what level. Some skills that are available for a certain class at early stages will be a serious game changer for them at later levels. A Trooper’s inventory rolls over to their next level once they’re unlocked. Skills that have levels higher then the currently unlocked ones can’t be equipped, though.

• It’s dangerous to focus your efforts on a personal squad of six super troopers. Once all of them are sent to the hospital, no more attack operations can be performed and your base will be wide open for attacks. You should constantly recruit new troopers. Try out various squad setups for each mission. It gets more challenging to level up recruits as your army gets larger and larger. The tip here is to gain experience for rookies in medium to hard loot missions. Set up a squad of one to two rookies out there equipped with good guns and one armored veteran who can soak up some damage. 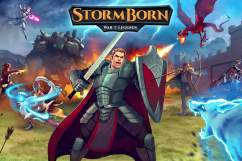