While not a Xbox One exclusive, the new Friday the 13th game should be on the radar of anyone who owns a console capable of playing it. In what will almost certainly make for a hilarious party experience, the multiplayer component of the game sees one player controlling Jason Voorhees and the rest controlling camp counselors. Think of it as Left 4 Dead but with Jason taking the place of the zombies.

Based on the new footage, it so perfectly resembles a classic Friday the 13th, and that’s probably because many veterans of the original franchise are on board. Tom Savini serves as executive producer, and Jason actor Kane Hodder did the motion capture work, reprising his classic antagonist.

The game was funded via Kickstarter, and though it has not yet set a release date, it appears to be aiming for a 2016 launch.

As was the case with the original Dead Island, Dead Island 2 was revealed with an absolutely incredible trailer that felt like an announcement for a movie more than for a game. Let’s just hope the end product is anything like the marketing this time around, though. The game takes place in California a few months after the events of the first one. Yes, California. So…not an island.

Regardless, Dead Island 2 will offer another fix of zombie sandbox goodness, and in a slightly different setting than we’re used to. It’s been two years since that initial trailer drop, and the game has had a difficult road since then; the studio that was originally developing the game, Yager Productions, was taken off the project. But now that Sumo Digital is on board, things seem back on track, and the game is apparently headed for a 2016 release.

The latest from Capybara Games is Below, an interesting little indie adventure game that takes place from a top down perspective. It also utilizes of tilt-shift photography to make for a memorable art style, and is one of those titles you just want to stare at all day. Players control a “tiny warrior” exploring a remote and mysterious island, and that’s about all we know about the plot. It’s expected to be quite challenging, with the player’s death being permanent.

“If you manage to survive, that’s where the discovery component comes in,” developer Nathan Vella said. “That’s when you start unlocking the potential of the game, the story, the lore and also what you can within the game itself.”

The game was revealed all the way back in 2013, but according to The Verge, it’s finally expected to hit the Xbox One this summer.

And now for something completely different: We Happy Few is an upcoming horror game that looks more like something you’d find in a David Lynch film than on an Xbox title.

The game takes place in a dystopian future in which citizens are controlled by a mind-altering “joy pill,” i.e. Brave New World. Our protagonist is a Downer, the term used in this universe for people who choose not to take the joy pill and who are therefore ostracized by society. Having been finally woken up to what’s really going on around him, our lead character must fight for survival and attempt to make it out of the city alive.

We Happy Few will be released on July 26.

Official Call of Duty®: Infinite Warfare Reveal TrailerCall of Duty®: Infinite Warfare returns to the roots of the franchise where large-scale war and cinematic, immersive military storytelling take center stage. Prepare for a gripping war story in which players fight against the Settlement Defense Front to defend our very way of life. Take Command on November 4. Pre-order the Legacy Edition or…2016-05-02T10:05:14.000Z

Another year, another Call of Duty. This year we have Infinite Warfare, which takes place largely in space in a future where Earth residents have begun to move to off-world colonies. The series has certainly come a long way. The player controls Captain Nick Reyes, and the game will mix space combat and on-the-ground fighting.

Infinity Ward has been trying to emphasize that the game will still be grounded in military combat like the previous installments, saying it was inspired by Black Hawk Down and Saving Private Ryan, according to Polygon. Fans don’t seem to be having it, though, as the game’s trailer has nearly 3 million dislikes on YouTube. We’ll see if that affects the sales in any way.

Infinite Warfare will be released on November 4. 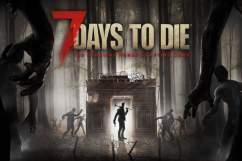 Pages: 1 2
Read More
Games, Xbox One
This year's Xbox One releases include new installments in years-old franchises and interesting indie titles as well.