Developer Ubisoft Montreal have released a full 20 minute Gameplay Walkthrough of their upcoming open world game Watch Dogs 2. This is one of the first times we have really seen what this hacker focused game can offer players and the results seem pretty stellar. Even with the original Watch Dogs receiving fairly mixed reviews by critics and gamers alike, it’s clear that Ubisoft is taking this sequel seriously.

In the brief walkthrough, we are shown a variety of different gadgets and ways to accomplish the various missions strewn across the San Francisco area. Players will be able to utilize a variety of drones such as the RC Jumper, which can remotely hack into terminals while remaining less detectable by guards or dogs. You can also hack far more items in the environment, including changing the online history of a guard so he can appear as an enemy informant. Ubisoft Montreal also revealed that you can complete the entire game without killing a single person as Marcus has a variety of non-lethal weapons. 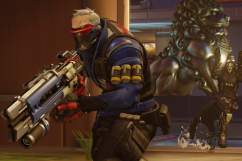 There are also a plethora of apps you can use that will give you sidequests and help you accumulate followers, a new way to progress in Watch Dogs 2’s story. However, the main focus of this feature is the co-op system and how that will factor into the actual gameplay. Ubisoft Montreal has confirmed that the game will have seamless cooperative play, allowing for you to stumble across other users exploring the world. You can then go and complete co-op missions together, which can net you big rewards and some chaotic moments.

In terms of PvP, the new mechanic is based around your wanted level and how often you are hunted by the police. If you are being chased by the cops, other players can invade your world and join the hunt ala Dark Souls 3. If the host can kill the hunters he will receive big rewards or vice versa with the actual player hunters. Anyone who’s invaded your world will have all of their equipment and can hack everything you normally could, which can create some interesting moments.

Even though we are still skeptical of Watch Dogs 2, seeing everything the game can offer has certainly put a few of our concerns to rest. Watch Dogs 2 is set to release on November 15 across PC, PS4, and Xbox One. 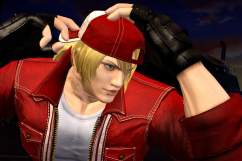