When it was initially announced that the Final Fantasy XV release date would be pushed back to November, many fans expressed their disappointment and even outrage. Now Square Enix has shed a little more light on the situation, as IGN had the opportunity to talk to director Hajime Tabata at Gamescom and get a more detailed explanation.

What it comes down to, basically, is that they initially had a sizeable day-one patch planned and decided to do away with that entirely. Ultimately, Tabata decided that wanted offline players to have the best experience possible and to be able to have a completed game from the moment they insert the disc. He told IGN:

“Originally I was thinking it would be okay and we could put all of the extra updates into a day-one patch,” Tabata told IGN. “But at that point I learned there are maybe a lot of people out there who play in an offline environment and don’t have internet. When I found that out, thinking about it again, I’m glad I didn’t make that decision.”

The exact two-month delay comes from their best estimate as to how long it will take to put all the content that would have been contained in the patch into the original game instead. As this decision comes on the heels of the recent No Man’s Sky day one patch debacle, one has to wonder how heavily the public’s response to that factored into Square Enix‘s thought process.

He went on to say that they are mainly working on fixes for “bugs that affect the visuals of the game”, as well as giving the new content a little extra polish. He said of the recent hour-long gameplay video released at Gamescom:

“If you look at that, you can certainly see that the quality of the game is pretty much up there at the moment, but we felt that that final push to the level of quality that the fans are all expecting, and where it was, wasn’t quite there yet. So that’s what we really want to use this extra two months to do.”

The new release date for Final Fantasy XV is November 29 for PlayStation 4 and Xbox One. 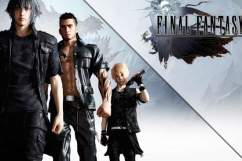