We now have more information about the Final Fantasy XV Season Pass that was first revealed last week. 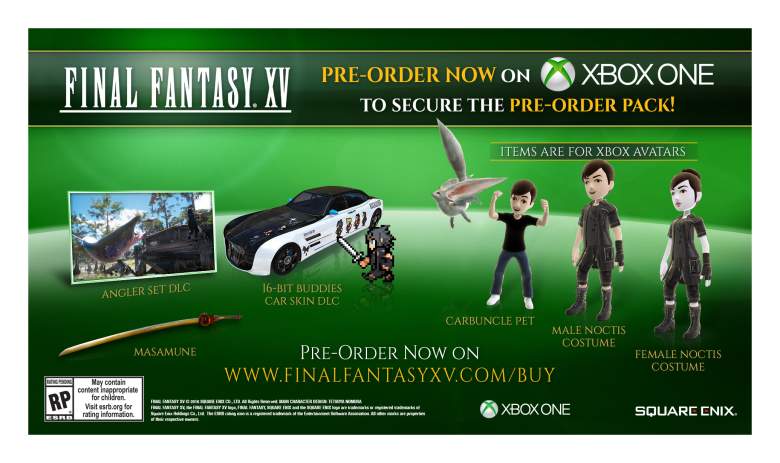 Players will also receive unique pre-order bonuses depending on their console of choice. Those who pre-order the Digital Premium Edition or Season Pass for Xbox One will receive the following:

And those who pre-order for PlayStation 4 will receive:

Final Fantasy XV will be released for Xbox One and PlayStation 4 on November 29th.