In something that seems straight out of a Mad Max movie, players will be tasked with not only fighting on top of the wall but dodging a massive death machine while doing it. When the third section starts run to the other end of the wall and you will trigger the giant fire-spewing Siege Engine. What you will need to do here is split up into two teams of three, with your snipers in the back and best minion killers up front.

The people in the front (usually Warlocks) will need to clear the seemingly endless amount of Dregs charging at you. During this the three people in the back will be sniping the two turrets in the middle of the Siege Machine. They will explode if destroyed, so when both are gone the front will open up exposing the core of the Siege Engine. Shoot this enough times and eventually part of the machine will explode opening up the left hand side.

You will now need to run across the field of enemies and actually board this havoc causing beauty. Don’t try to go under it as there are electric currents that will instantly vaporize you and any enemies in the trenches.The machine will then plow through the next wall and eventually come to a stop. If anyone died you can jump off the back and revive them, but make it quick as this next section will be timed. 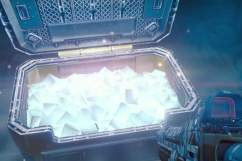 Have your entire team disembark the Siege Engine and run to the other end of the wall. You will encounter mines that spring up out of the ground, make sure to shoot them at all costs. A Fallen Skiff will fly in and drop a Captain along with several Vandals and Shanks. Make sure to kill them all, especially the Captain as his death will trigger three critical engine parts to be dropped. You will need to carry these three pieces all the way back to your ride before the timer expires and you all die.

When carrying it you will have around an 8-second window that you can move the pieces before being forced to drop them due to exhaustion. Since there are three parts and six of you make sure to rotate people while you move these parts back to the Siege Engine. Along the way, more mines and enemies will spawn, so try and save your Supers for this portion. We found that exotic swords such as the Dark Drinker work wonders here, but shotguns and rockets are also ideal.

Once you reach the machine you will need to eliminate a Fallen Captain who commandeered your ship. He will be at the very top and if you’re lucky enough out in the open so he can be shot from the front. If not send a team to board the ship and kill him as quickly as humanly possible to lower the ramp for your carriers. You’ll then need to place the parts in the correct slots, which can be determined by their corresponding color and design. Lock in all three parts and your Siege Engine will go through the next wall.

This is the end, but make sure to not ride this sucker to the very end as it will eventually plummet into the darkness below. Hop off and land right by a conveniently placed chest.

Special thanks to my raid team: 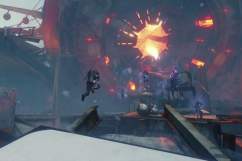 ‘Destiny: Rise of Iron’ – How to Beat Vosik First Form and His Generators