In Pokemon Go, every single time you hatch an egg or evolve a Pokemon, you have to wait for an animation to finish before the process ends. This can be a bit annoying if you’re using a lucky egg and trying to get as much done as possible within the 30 minute time frame. So is there any way to bypass the animation?

With egg hatching, it’s actually quite simple. As Reddit user UppyGSY recently discovered, all you have to do is wait for the “Oh?” message to pop up, and then pinch the screen the same way you do when zooming out on the map. This will end the egg hatching animation. As long as you wait to do this after the “Oh?” message, you’ll still get the Pokemon that was in that egg, even though you’ll skip over the game showing this to you.

To see what you got, just go to your Pokemon list and sort by most recent, and the Pokemon you just hatched will show up first. It will also have a blue glow around it to indicate you acquired it in the past 24 hours. You could also just take a look at your journal, which should include a message that you hatched a new Pokemon.

What about for skipping the evolution animation? Unfortunately, the same pinching method does not work in this case, but trainers have still found some ways to get past it.

As YouTuber Collin Williams figured out, you can just force close your Pokemon Go app as soon as the evolution animation begins. Then quickly load up the game again, and your Pokemon will have evolved even though you didn’t see the entire animation. Depending on your phone’s speed, this should save you a few precious seconds, which really add up if you’re in the middle of a lucky egg session and are trying to evolve a bunch of Pokemon one after the other.

A lot of players have begged Niantic Labs to add a “skip” button to the game, but that’s probably unlikely to happen, as they almost certainly want you waiting through the animations so that lucky eggs don’t become too overpowered. For now, though, we have these workarounds.

Lucky eggs, of course, are items that give you double XP over the course of a 30 minute period. That means you get twice the XP for any action you perform, whether it’s evolving creatures, hatching eggs, catching Pokemon, etc. It didn’t take long for gamers to figure out ways to make the absolute best use of that half-hour, and if you follow some of these guides, you can level up shockingly quickly. One of those methods involves stocking up on low-leveled Pokemon and evolving them all within a lucky egg session. For more information, check out our breakdown of how to do this and how to make use of a special calculator to get the most XP possible: 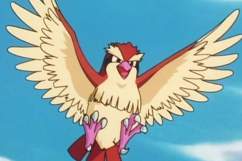