We were quite skeptical of Telltale Games’ announcement of an adventure game geared towards Gotham City’s dark savior. But after wading through five chapters of Bruce Wayne/Batman’s taxing fight against the Children of Arkham, we grew to appreciate it. Instead of sticking to the traditional mythos the “Dark Knight” has stuck to since his inception, Telltale Games decided to alter his background. This move didn’t anger the traditional Batman fan in us; all it managed to do was give us a different take on his biggest conflicts and Bruce Wayne’s public image. Each chapter provided awesome action set pieces, clever crime scene investigations and a host of familiar allies/antiheroes. Batman – The Telltale Series closed out on a high note and its ending teaser has us excited for what’s next.

We know, we know – everyone is seemingly tired of Activision’s annual routine of releasing a new Call of Duty game. We were far from excited after watching the initial gameplay reveal trailer (and it seems like we weren’t the only ones seeing as how many dislikes it garnered). But Infinite Warfare surprised us by its quality in two specific areas – the main single-player campaign and Zombies Mode. We enjoyed our time navigating through the far reaches of space, wiping out marked targets during side missions and engaging in hellacious dogfights. Once we were done with that portion of the game, we had a blast with the “ripped straight from the 80’s” take on humans vs. zombies. The multiplayer is what its always been and there’s still a fanbase out there for it. But the other two stronger pillars of Infinite Warfare are what kept us entertained throughout.

A lot of people who were disappointed in the performance of the 1st Watch Dogs didn’t revisit its concept for the sequel. We figured that was true due to the lower sales figures of this follow up. But we hope that category of gamers finally gives Watch Dogs 2 a fair chance. It leaves the grey, dull expanses of Chicago and takes a bunch of tech-heavy hackers into the more colorful state of California. The main character is way more lively, which lends a more light hearted feel to every mission. The hacking mechanics were even stronger than before; we caused arrests after changing a person’s personal info, took over cameras to survey our enemies, took control of cars we definitely couldn’t afford etc. The gunplay was solid, but we had way more fun causing havoc with our little pocket disrupter. Hacking every bit of sunny ‘ol California gave us the hope we lost with the 1st Watch Dogs.

Taken from Game Review: Shantae: Half-Genie Hero may not throw in a whole bunch of fresh faces/elements to get acquainted with. But there’s isn’t much else to complain about. The most familiar elements of the Shantae series (fun platforming segments, cool transformations, catchy tunes etc.) return along with a beautiful new take on the graphics. The art pops off the screen thanks to its HD presentation, which makes each stage, the enemies you encounter on them and the massive bosses you take on look even better than before. This platformer may have released late in the year, but it stands tall as one of the best 2D platforming experiences of 2016. 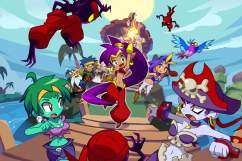 Eric Barone pulled off a feat that must be celebrated as one of 2016’s highest gaming achievements – he created excellence all by himself with Stardew Valley. This addictive life simulator offered gamers a modern-day rendition of Harvest Moon and then some. Improving our farm never grew old as we spent hours building up relationships with the friendly townspeople. We cooked, we fished, we crafted and we braved the dangers of dungeons in order to nab more valuable loot. These activities threw us into a never ending loop of fun that turned into our end of year obsession. Stardew Valley is getting even better at the time of this writing, which makes an already quality product near perfection.

Buy an Xbox Gift Card here so you can digitally purchase Stardew Valley. 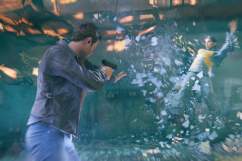