The new Sonic the Hedgehog game that was once codenamed Sonic 2017 has now received its official title of Sonic Forces. A video showing the new gameplay has been released today as well. Apart from the new graphics, it look very similar to past 3D Sonic games which isn’t necessarily a bad thing. The game announced at last year’s San Diego Comic Con as part of the Sonic the Hedgehog 25th anniversary celebration.

A 2D Sonic title called Sonic Mania is in the works too and has been delayed from Spring to Summer 2017. That game will receive a digital only release.

Sonic Forces will be released this holiday season on the PlayStation 4, Xbox One, PC and the Nintendo Switch. 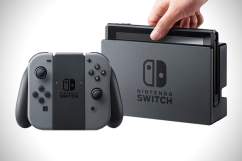