These are our top picks for the best Android action games from March 2017 that you need to play.

So the plot threads behind this mobile FPS are simple to comprehend – you’re an American soldier who’s out to get rid of a terrorist organization. Thankfully, the gameplay within FZ9: Timeshift is as deep and engrossing as most console FPS games. With an arms locker full of firearms such as machine guns, rocket launchers, pistols and more, you’re dropped within a number of locales that are ravaged by war. Blasting away the opposition looks even cooler due to the addition of bullet time, the upgrade system lets you craft a bunch of unique weapons and the story mode provides a lengthy amount of meaningful missions. Once you’re done shooting at AI terrorists, you can take on extra challenges in other modes and come out on top during PvP deathmatches. FZ9: Timeshift is one of the most well-put together mobile FPS releases to come out in recent memory.

The hype machine behind the Power Ranger reboot film was in full swing back in March. New toys and plenty of other physical memorabilia became the thing to collect for rabid fans. On the game front, we didn’t get a new console title based on the new film but we did get a mobile one instead. Power Rangers: Legacy Wars acts as a love letter to fans who’ve followed the exploits of the young heroes since they hit American shores. You’ll be able to gather an army of Rangers from the very 1st season of the show right on down to the newest teenage martial artists starring in the new movie. The fighting game mechanics at play here are solid and it’s truly a dream come true to pit your favorite Rangers against each other. So who wins – the original Green Ranger or the legendary Golden Zeo Ranger? This game lets you make that fantasy a reality. Power Rangers: Legacy Wars is simply too hard to pass up. 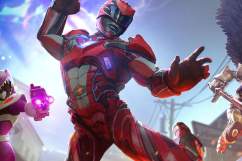 This next pick is yet another FPS. But it adopts a sci-fi makeup and sticks close to the epic tale told by the N.O.V.A. series. Those elements give it the character and high fun factor needed to make it a priority for you all to check out. N.O.V.A. Legacy is developed by the mobile game masterminds at Gameloft and it shows. It features the same fast-paced FPS gunplay seen in their Modern Combat series, a deep plot worth following, immensely entertaining PvP modes and more content to sink your teeth into. The graphics are well stylized and evoke the themes present in everything you love about galactic struggles. If you spend hours on a home console beasting in Halo or Destiny, then this pick should matter more to you. Adopt your space marine and fend off the aliens that threaten your very existence in N.O.V.A. Legacy.

Do you live for vertical shoot ’em ups? Does the thought of you gunning down a squad of humans or airships with repeated gunfire excite you? Jackals: Clash Missions fits that mold for any of you who answered yes to both questions. Your war hero is tasked with clearing out any foes that come down the screen. As you take down every baddie coming for your life, you’ll get the chance to save hostages and add them to your squadron. The action itself gets kicked up a notch when you attain a ton of helpful soldiers. Besides the exciting run ‘n gun action, there’s other mechanics that will keep you coming back for more – a weapons upgrade system, hero training, death squad formations etc. Jackals: Clash Mission stands out due to its cartoony presentation and fun top-down gunplay.

The mobile MMORPG genre’s been getting healthier on the Google Play storefront lately. Final Summoners: Wars of Heroes adopts an anime sheen for its presentation, which should be welcoming to those who love to explore the worlds of Sword Art Online and .hack. The basics behind your usual mobile MMORPG are here – cutesy anime heroes, vibrant locales, joinable guilds, PvP encounters, a deep character/weapon customization/upgrade system etc. The game offers up CG animated scenes that even allow you to throw in your random impressions while they play out. Lighten the mood with your commentary when things get a bit solemn, won’t you? Get in on the fun of Final Summoners: Wars of Heroes with your party of chibi heroes fighting alongside you. 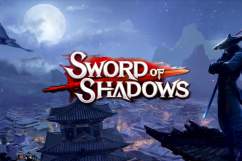