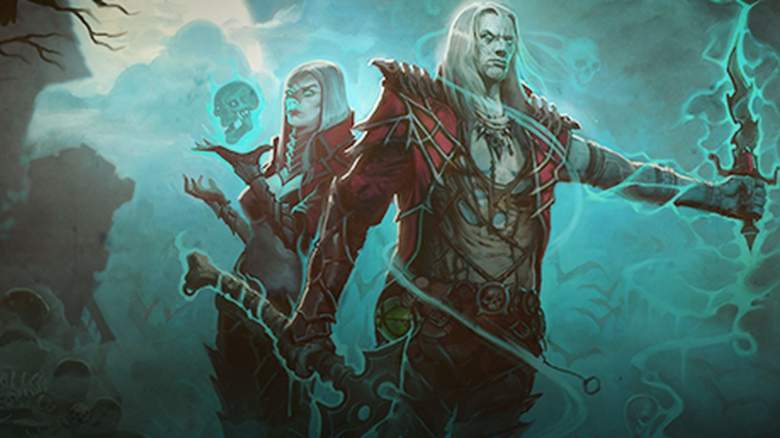 Another season of Diablo 3 is winding down and with it will actually come some major changes. The changes we are talking about are the Necromancer Pack, of course, and with it comes a brand new hero for us to get our hands on. It has been quite some time since a new hero has been available so you’ll have to excuse us for being so eager to get our hands on the Necromancer.

Although we still don’t have an official release date, we have what should amount to being a release window. Blizzard has announced Season 10 is ending soon on their blog which means we’ll have a dead period after it concludes. Season 10 wraps up June 23 while Season 11 will begin July 20. That gives Blizzard a little under a month to sneak the Necromancer Pack in there. It makes perfect sense to release it during this time since players will likely want to become acquainted with the new class before hopping into a new season.

Blizzard could always just pull the rug out from under us and release the Necromancer during Season 11 or even after it, but with so much information we’ve been getting about the Necromancer in the past few weeks, this feels like the right time for release. After so much teasing, we’re just ready for it to be here.

The Diablo 3: Eternal Collection recently popped up on the ESRB website for rating which is another sign the Necromancer Pack is coming soon. We don’t know for sure if the new game, only for Xbox One and PS4, will included the Necromancer but that is what was done in the past with the Reaper of Souls expansion pack. Instead of offering a DLC pack for base Diablo 3 players on consoles, they had to pick up the Ultimate Evil Edition instead if they wanted to experience the new expansion.

We still don’t have any information regarding a price for the pack and we likely won’t until it is officially released if the slow drip of information is anything to go by. Purchasing the Rise of the Necromancer pack gives you full access to the new class, including Necromancer-exclusive Set and Legendary items, plus two additional stash tabs and character slots. A new pennant, wings, pet and banner sigil will be coming with the pack as well.

The Necromancer Pack will be available for PC, Xbox One and PS4 Diablo 3 players.

Read More
Diablo 3, PC Games, PS4, Xbox One
We have what appears to be a release window.