We all know that it’s a matter of time before the Nintendo Switch gets its own Super Smash Bros. title. Every Nintendo home console has had its own installment since the Nintendo 64 and it’s one of Nintendo’s best-selling franchises so it wouldn’t make sense for it to skip the Switch.

Just today, Nintendo launched a new Twitter account called Nintendo Versus which is where we will start to see updates regarding Nintendo’s competitive games. Nintendo is really trying to push the competitive scene as of late, featuring a Splatoon 2, ARMS and Pokken Tournament DX tournament all at E3. The banner at the top of their Twitter page curiously features an open red slot to the left. It’s almost like something was purposely omitted ahead of E3.

The Super Smash Bros. series is the biggest Nintendo competitive game, arguably one of the biggest competitive games in general with its sheer number of tournaments, so it would make sense for that to be one of the heavy hitters Nintendo will push. Fans have been dying for a Smash Bros. game since the Switch came out and this might be Nintendo’s chance to announce it. 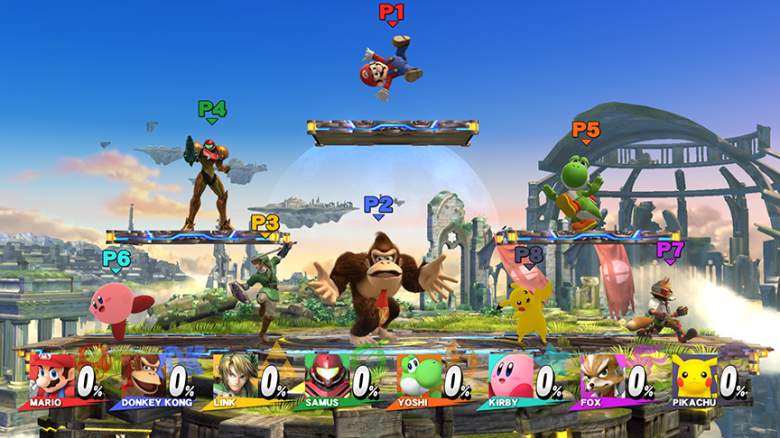 We’d be okay with just an announcement at this point. It’s quite possible that Nintendo pushed back its online service start date to next year to coincide with a release of Super Smash Bros, to capitalize on sales. Smash Bros. still has a healthy following and playerbase on the Wii U and even the 3DS so Nintendo knows the audience is there. There are still Twitch streamers that play Super Smash Bros. Melee so the audience runs pretty deep.

What we don’t know is if a potential title would end up being a “Deluxe” version of Super Smash Bros. For Wii U or if it would be a brand new title altogether. Nintendo is starting a trend of sorts with their “Deluxe” titles with Mario Kart 8 and now Pokken Tournament. We all know the Wii U wasn’t the best Nintendo console in the world and as a result, gamers missed a lot of good Nintendo titles since they skipped the Wii U. This looks like Nintendo’s way to remedy the situation by porting over their games from the Wii U. A Super Smash Bros. Deluxe wouldn’t be a bad idea to include on the Switch if it included all the DLC.

If a Smash Bros. title is indeed coming, we’d like to see the addition of even more characters, especially some inklings from Splatoon. Nintendo has a few more IPs to work with since the last Smash Bros. released in Splatoon and ARMS so we’d be disappointed if we didn’t see the inclusion of those characters. Of course, this is all speculation and we could end up not seeing any sort of announcement but there are a few signs pointing to one. We will let you know as soon as we find out any information regarding a new title.

What do you think? Do you think we’ll see a Super Smash Bros. For Nintendo Switch announcement at E3? If not, when do you think we would get one? Let us know in the comments below. 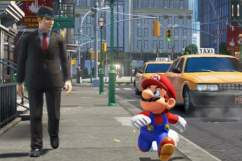