Today’s Nintendo Direct gave us a lot of news regarding the newest Pokemon titles.

In what can be considered the biggest news of the Direct is the fact that Pokemon Sun and Moon are receiving upgraded versions titled Ultra Sun and Ultra Moon. The Direct didn’t shed a whole lot of light on this subject other than the fact these two titles exist.

What we do know is the titles will not be coming to the Switch, at least not right now. The titles will feature an alternate storyline but will still be set in the Alola region. There will be new Pokemon to catch too, so it is just not a carbon copy of Sun and Moon. Judging by the quick snippet of gameplay we saw, the graphics look to remain the same. We aren’t really sure how much further the 3DS can be pushed in that department since Sun and Moon looked great on the 3DS. We have no word on how many or what the new Pokemon will be. The website doesn’t give us any information either, just a release date.

We do have concrete news regarding a release date. The games are currently set to be release November 17 for the Nintendo 3DS family of systems – This includes the New Nintendo 2DS XL. There was brief period of time where there was a listing for the titles on the Nintendo Switch but that was quickly removed and announced as a mistake.

We don’t have a whole lot to go off and that was expected since Directs are usually used to just announce titles and build hype. Of course, we’ll keep you updated as more news becomes available. No price has been released as of yet. Usually Nintendo 3DS games are $40, so we’re going to guess that will be the price.

Eventually, you would think production on Pokemon titles would shift to the Switch so these could potentially be the last mainline games release for the 3DS. 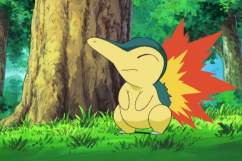