Now that Gamescom 2017 has arrived, all the big time video game publishers/developers are ready to show off their latest and greatest.

One of those companies is the juggernaut known as Electronic Arts. They made a huge splash at E3 earlier this year with their EA Play gathering, so now they’re ready to do something similar in Cologne, Germany. What’s known is that several of EA’s upcoming Fall releases and current titles are planned to be in attendance – Star Wars Battlefront II, Need for Speed Payback, EA Sports FIFA 18, Battlefield 1: In the Name of the Tsar DLC, Star Wars Galaxy of Heroes, FIFA Mobile, The Sims 4 and The Sims Mobile.

New gameplay footage, live competitive matches and plenty of shocking surprises are also expected to be a part of EA’s plans for Gamescom 2017. If you’re one of the lucky ones to actually be present at Gamescom 2017, you won’t have to wait in line too long to play any of EA’s games. There’ll be 400 gameplay stations available on the show floor.

Last year’s EA Gamescom live event lasted a whole three hours, so lets hope this year’s show goes just as long. Chill out with us and check out the entirety of EA’s live stream showcase here. 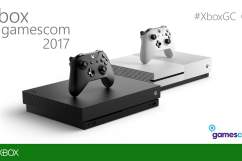