While you’re jumping, swinging, blinking, and flying through the air in Lawbreakers, eventually you will end up taking some damage. However, unlike many modern shooters, heroes will simply not heal over time like Call of Duty. If you want to actually recover a portion of your life you’ll need to either find a medic on your team or locate one of the few health stations scattered across the map.

After you take damage you will want to go and search for these large stations that emit a neon green glow and look big enough for two people to stand in them. Move within the aura and instantly your character’s health will begin to regenerate, allowing you to get back out into the battle. These health stations are typically tucked away, so don;t expect to find one int he middle of the main combat area. Yet, some maps will actually move the control point right by a health station, so make sure to keep topping yourself off after every battle. You can also find smaller health canisters that once picked up won’t respawn until a few seconds have passed. 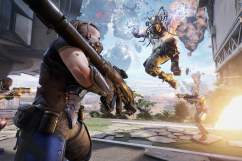 Lawbreakers: How to Blind Fire (Shoot Behind You)

The other way to heal yourself is the medic, which is always good to have at least one of on your team. While it’s not required to have a medic,  it’s very useful if you’re playing in a party try to have either Tokki or Feng with you so you can communicate when you need health. Also if you’re in a firefight, try to not stand in the health station while you’re fighting. The healing does not come at a quick enough rate to make you invincible and explosive based heroes like Cronos or Bomchelle will tear you apart. Always heal yourself when you’re out of combat, as some gunfights can end with you having barely any life left.

Try to prioritize healing over any objective unless you absolutely need to to help your team. Typically, you stepping away for a second or two won’t have a big impact. The last thing you want in Lawbreakers is to round a corner with 50 life left and have someone mow you down instantly. 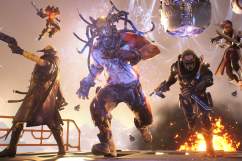