This is no joke; it’s charity, it’s gaming, and it will absolutely make your whole day. Grab a seat on an old couch, surround yourself with friends, and turn on the SNES. Because it’s Speed-Runner not Speed-Racer at this years Awesome Games Done Quick. Here’s everything you need to know about this year’s best speed running charity event.

An Event So Fast Usain Bolt Isn’t Even Invited!?

I know if your like me there were moments you would have given up your lunch money or even the answers to your history homework. All just to find out how to beat the last boss from the guy in chess club. You don’t have to explain yourself here; I remember it was a really big deal.

The best speed-runners in the world probably thought so too but now they’re pretty much fearless when it comes to the games we pained over. They can do nearly the impossible and they’re ready. Ready to finish that game that nearly took you all of sixth grade, in 15 minutes.

It’s a great exploration of a different side of the gaming community. It’s an incredibly positive and entertaining environment, Awesome Games Done Quick, has become something larger than ever intended. Check out the Schedule. Starting Sunday, January 7TH, it’s time to help people across the globe gain access to quality healthcare and watch your childhood zoom by. All this @ the best speed-running event in the world.

It’s The Exact Opposite Of A Game Of Monopoly

This event moves quickly; it’s the truth. It’s the exact opposite of Monopoly during the holidays. Unless you’re the banker and swiping 5 Hundo’s every ten minutes, yes; I’m on to you Aunt Carol.

This year’s edition of GDQ will show you all the games that you agonized over for hours, can be beaten in moments. You ask, “Where is the fun in that?” Take a seat preferably on something comfortable and listen up.

You’re about to watch your gaming childhood go zooming by in a few days. I mean almost every game you played as a kid will be beaten by one of the world’s best speed runners and it’s all for a charitable cause. It brings out the best in the gaming community and it’s fun to watch.

Awesome Games Done Quick also provides a unique venue, where people are invited together to share stories, their donations, and often times to help heal over recent losses. The games allow a nostalgic glimpse into games past as well as a safe place of support. This philanthropic focus and a burgeoning gaming community has yielded surprising results.

Why You Should Watch AGDQ 2018

You should tune on January 7TH – January 14TH because of the prizes. You should watch AGDQ 2018 because it’s an awesome speed running marathon that directly benefits the charities Doctors Without Borders and the Prevent Cancer Foundation. AGDQ is currently the largest global fundraising event for both charities.

Awesome Games Done Quick has great action, prizes and it’s for a good cause. You can catch the action on Twitch.tv and links to the action here. Check it out, even if it’s your first time watching; you’ll soon grow to love it. 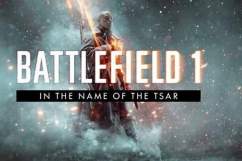