Ubisoft and celebrated game director Michel Ancel have been hard at work on the sequel to Beyond Good & Evil.

Beyond Good & Evil 2 was first shown off in a teaser trailer all the way back in May 2008. Ever since then, the long-in-development project has been re-revealed at E3 2017 in an announcement trailer and within extended gameplay footage. While those trailers gave excited fans a good look at the game’s progress, it’s been a while since they’ve gotten an update on its development. There’s no need to wait for much longer. Today (December 7, 2017), Ubisoft is presenting a special live stream that they have christened the “Space Monkey Report.” The Space Monkeys themselves are community members who have been assisting the development team with the production of the game. It’s pretty evident that both groups have been hard at work when it comes to making Beyond Good & Evil 2 worth the long wait.

Chill out with us right here to watch this special live stream. And while you’re at it, go ahead and check out previously released footage of the game below and read up on the game’s official description:

The world – or rather worlds – of Beyond Good & Evil are back on the horizon with the unveiling of Beyond Good and Evil 2, a prequel and spiritual successor to the beloved 2003 classic. Helmed once again by developer Michel Ancel, Beyond Good and Evil 2 invites players to explore System 3, a vast solar system and a hub of interstellar colonization and commerce in the 24th century – and fans have a chance to help shape it by taking a role in the development process.

System 3, as it turns out, is a place where limited resources are viciously warred over by various private enterprises. The struggle for survival amid a rich milieu of evolved species and diverse cultures from Old Earth creates an ideal environment for space piracy, as a new generation of captains rise up to carve out a piece of the galaxy for themselves.

As you rise from lowly pirate to legendary captain, you’ll traverse System 3 at light speed to explore freely on your own or with friends. Presenting its solar system as a massive, seamless online environment, Beyond Good and Evil 2 gives players the chance to dive into the foundations of the franchise’s universe while traveling between diverse planets and moons in search of adventure. 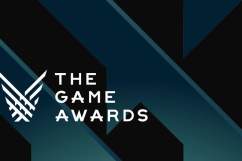