Stardew Valley has been one of the greatest indie success stories in the past few years.

The game follows a similar template found in Harvest Moon games where you start with a rundown plot of land that you must build up and create a flourishing farm with. Along the way you interact with various NPCs as you restore your farm to prominence.

It has long been said that multiplayer will come to the Nintendo Switch version and nothing seems to have been changed on that front.

Eric Barone, creator of Stardew Valley, posted on his Twitter account that all of the game’s additional content was finished and now focus has been shifted to the multiplayer aspect.

Also, I'm finished with the new content and have shifted all my attention to getting multiplayer ready!

In addition to that tweet, Barone also shared another screenshot showcased 4-player multiplayer in action noting how it still needs work but the netcode is solid right now.

There is still no timetable for the release of this multiplayer update but it appears to be some time in the near future since all attention has been moved to it.

The Nintendo Switch version is the latest version to be released, coming in late 2017, and with it receiving the multiplayer update first it looks like the Switch version might actually be receiving updates first in the future.

The Switch does feel like a perfect home for this title with its portable nature and addictive gameplay. Stardew Valley is certainly a game you can pick up and play for a few minutes and then come back to in the future.

There was an update released for the game back in November that fixed a variety of things for the Switch version such as the save speeds and also added in video recording support. You can read more about that update here.

Stardew Valley first released February 26, 2016, where it quickly topped the Steam sales charts. It was also a critically well-received game with the PC version earning an 89 on Metacritic. The game has since seen releases on PS4, Xbox One and the Nintendo Switch. A Wii U version was planned but scrapped when production moved to the Switch.

We reported that the game was taken off the list of games coming soon to the Nintendo Switch back in June 2017. Damon Baker of Nintendo of America confirmed that they were looking into getting the game back on the list. The game was eventually put back on the list but its release date window changed from “summer 2017” to just “2017”.

For more Nintendo Switch and Stardew Valley news, guides and features make sure you stay with us here at Heavy. We will keep you posted when the multiplayer update comes closer to fruition. 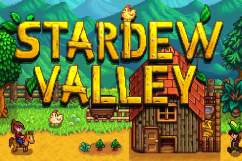