During today’s Dead by Daylight’s developer stream it was revealed the Wraith would be the next killer to receive a rework.

Update: The changes are now live in the PTB.

The Wraith isn’t in a particularly good spot in today’s game so it makes sense for the Wraith to be looked at after the recent Trapper and Hag buffs.

The developers gave us a good look at what to expect with the new Wraith. Here’s are some screenshots from the stream itself as well as the descriptions for the add-ons.

We don’t have all of the information readily available about the rework but this is what we do know so far. The Wraith will hit the PTB before it drops into the official game so players will get a feel for how he works before he actually releases.

When more information is revealed about the Wraith, potentially as soon as six weeks from now, we’ll be sure to let you know.

The Wraith right now is a fun killer for beginners to use but he doesn’t see much play the higher up in the ranks you go. Forcing him the ring the bell before he uncloaks breaks the element of surprise and allows survivors to get a head start on the chase. Some of these add-ons look like they will alleviate that pain.

A potential Freddy buff was also discussed but the developers said he will take more time. Freddy has been pretty much universally considered the worst killer in the game for quite some time now so it’s nice to here the developers at least confirm he’s in a bad spot and they will look at him.

If you want to take a look at today’s stream you can click the link here. 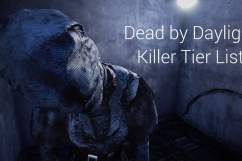