If you try to log into Pokemon Go and get the “Failed to Log In” error, the first possibility is that the server is down or a technical difficulty is affecting your game. In fact, today (July 17) this is the exact reason that numerous trainers are seeing a “failed to log in” error when they try to play. Pokemon Go is experiencing an outage that has caused a number of trainers to not be able to play the game at all. This is apparently also affecting Ingress players, according to Niantic.

We're aware of a technical issue causing an outage for both Pokémon GO and Ingress. Stay tuned for more information, and thanks for your patience as we investigate. @PokemonGoApp @ingress

A number of people have noted that they are having trouble logging into Pokemon Go and are getting a “Failed to log in” or “Try a different account” error today (July 17.) If this happens to you, it does not mean that you’re banned, so don’t worry.

? what’s up @NianticHelp everyone can’t log in ??????#PokemonGO pic.twitter.com/66mMmcUWzl

Niantic hasn’t specified what the issue is, but has said that there are technical difficulties affecting both Ingress and Pokemon Go players.

According to Pokemon Go Hub, today’s issue may be related to Google Could’s load balancer. This is affecting other apps too, including Snapchat, Discord, Rocket League, Spotify, and Social Blade, not just Ingress and Pokemon Go.

It looks like the game is already back online.

If you visit this article in the future because you’re seeing more issues, remember that the first possibility is a server-wide issue or technical problem. If it doesn’t seem to be affecting everyone, then read on for details about what to do.

If You’re the Only One Getting the Error, Here’s What To Do

While we wait to find out what’s going on, here are some steps to follow if you ever get the “Failed to Log In” error or the “Unable to Authenticate” error and Niantic isn’t having server or technical issues.

First, there’s a chance you might have been banned by Niantic if you used a spoofer, falsified your location, or were otherwise breaking the game’s TOS. Players who think they are banned can appeal it at Niantic’s page here.

If you know you didn’t violate TOS and you’re still getting this message, it could be some kind of glitch or error. Try logging out of your account and logging back in. If you’re using Android, try removing Pokemon Go’s permissions from your Google account setting and then reinstall the app. You might also want to make sure that you’re logged into the game with the right Google account. There have been a few times when a glitch caused players to open their game and find they were logged in with the wrong Gmail, without their remembering that they did anything to make it happen.  If you have your passwords saved, try deleting all your Google passwords to make sure you’re not automatically getting logged into the game with the wrong saved username and password.

Some other players have suggested in the past that if you still get an error message when trying to play, you can try logging out and creating a Pokemon Trainer Club account. Log in with that account, play for a while, then log out and try logging again with your regular Google account. It doesn’t work all the time, but it fixes server and authentication problems sometimes.

Every now and then, an issue is also related to your region, carrier, or IP. In late 2016, for example, people who used Cricket got an unable to authenticate error temporarily, due to concerns about spoofing. One symptom of this problem might be an ability to play via Wifi but not through mobile data.  Consider clearing your phone’s cache or disabling and re-enabling data a few times in a row. Or, if your phone allows, try switching to a different network mode. 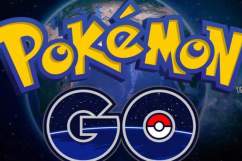 ‘Pokemon Go’: How to Fix the ‘Unable to Authenticate’ Error