During The Game Awards 2018, the crossover franchise fighter got plenty of ads that plugged its impending launch (December 7). But the biggest moment of all for the game came during a special reveal trailer. While Geoff Keighley was on the verge of announcing another award, the live concert hall went dark and some mysterious new footage came across the big screen. Persona 5 fans knew all too well who the voices in that trailer belonged to. What made this trailer even more exciting was what it was actually announcing – Joker got revealed as the first Fighters Pass DLC character for Super Smash Bros. Ultimate!

After that shocking trailer concluded, Nintendo of America’s Chief Operating Officer Reggie Fils-Aimé came out to speak on the hype surrounding Super Smash Bros. Ultimate. He also expressed his excitement for the game’s approach to DLC characters with the Fighters Pass. When a gameplay trailer for Joker finally hits the web, we’ll make sure to include that new footage right here. 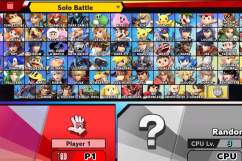 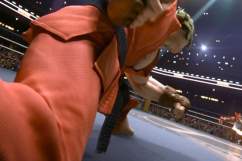