The sequel to one of the biggest games of the generation has been officially announced and the internet has lost its mind. Shown at the end of Nintendo’s latest Direct, The Legend of Zelda: Breath of the Wild is getting a sequel! We got a brief trailer for this title showcasing the game’s gorgeous art style along with some hints at what direction the story could go.

Given this game is probably early in development, information is scarce so we will be updating this post as more about the Breath of the Wild sequel is revealed. 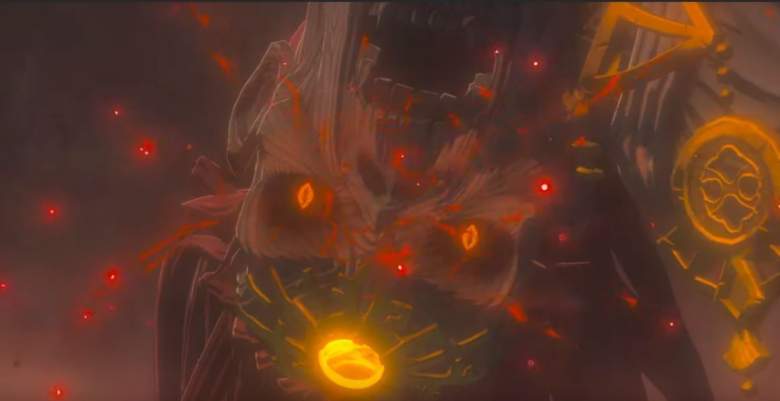 It appears that the Breath of the Wild sequel is set once again in the kingdom of Hyrule. At the end of the trailer, we see a shot of the horizon, including Hyrule Castle in the center. The is also the same, so expect a gorgeous use of color and lightning in the new title. Link and Zelda both held prominent roles in the trailer, as they were investigating the corpse of what appears to be Ganon underneath Hyrule Castle.

We get a look at the same energy that Calamity Ganon used infecting the corpse and bringing it to life. While there’s a chance this is a new villain all together, the red hair suggests that it’s Ganondorf instead. The other option is that the villain could be Demise from The Legend of Zelda Skyward Sword. During the trailer, we hear eerie music, which actually resembles Demise’s theme when played backwards as shown by Reddit user AndyR3W123.

Demise also boasts long red hair, just like the corpse that Zelda and Link find in the video. It’s possible that Demise was the source of Calamity Ganon since he is the Demon King. This would help connect Breath of the Wild to the previous Zelda games, which are set hundreds of years prior to this one.

Here’s where the speculation begins, as there will surely be a mountain of theories from fans on what to expect. Our best guess is that Breath of the Wild 2 will either be co-op or allow us to play as Princess Zelda. Given every new entry in this franchise likes to innovate in some way, giving us another playable character would certainly shake things up. Fans have been requesting a playable Zelda for years now. The only issue with this is, Zelda is a researcher in Breath of the Wild so we don’t expect to see her participating in combat.

Given this game is in development, we do not expect to see this game release until 2021 at the earliest. Historically, Nintendo takes quite a bit of time making these games, so to expect it in 2020 is unrealistic. Given there wasn’t even a working title shown, this title is clearly in the early stages. We suspect the next time we hear about Breath of the Wild’s sequel will either be at the end of this year or during next year’s E3.