The return of Tilted Towers has a lot of Fortnite players excited, but it also comes with the debut of an old favorite.

While you’re landing at Tilted with the rest of the lobby each game, you might want to start checking some chests because you’ll have the chance at finding the Grenade Launcher, something that also seems to come back every now and then, but never in its true form.

As part of the v19.10 update, we can now play with the classic Grenade Launcher, which means it’s time to really experience the OG vibes that Fortnite gave out years ago. 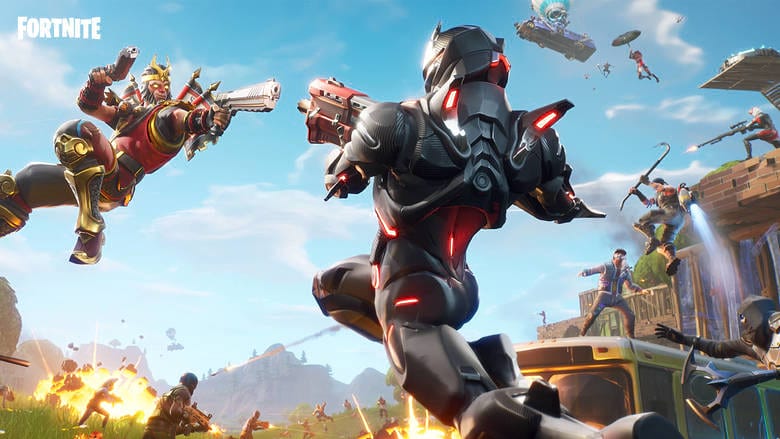 If you want to get your hands on this gun, you can find it in chests, Supply Drops or by killing a shark, according to Epic Games’ blog post.

There’s a big difference with this Grenade Launcher, however, as it’ll do a lot less damage that it ever did, but it will now explode on the first bounce. This means you won’t be able to angle your shots anymore, but instead you’ll want to just aim directly at your opponent.

Here’s how Epic explains it:

The Grenade Launcher is back and we’ve made some tweaks to its responsiveness! Projectiles now explode after their first bounce and fire more directly at your target.

You can find Grenade Launchers from Rare Chests, Supply Drops, and… sharks.

It’s an interesting change and it means you can now apply constant pressure to an enemy. This will be a strong weapon in Solos, Duos, Trios and Squads because of this simple change. It will be a tough decision when you try and figure out what you want to bounce from your inventory to carry this gun instead.

Of course, the Grenade Launcher is just a small part of this update. Everything we’ve seen in the initial Chapter 3 trailer is now here, including the massive dinosaur.

This creature’s name is Klombo, and according to Epic, it was theorized that there was a large creature like this living on the island the whole time but it was just hiding. Well, now it’s here and if you don’t shoot at it, it’ll be friendly to you.

If you feed it some of the Klomberries you find around the island, you can even get some loot from it. If you manage to make it angry and it starts attacking you, you can calm it down by feeding it these berries too. Eating the berries yourself will also give you a healing boost.

Tilted Towers is definitely the main attraction of Tuesday’s update because it’s back in almost its original form. There are even hills around the area much like there were back in Chapter 1. When we saw Salty Towers earlier in Chapter 2, it was surrounding by a lot of flatlands, so while it was cool to have back, it just wasn’t the same.

This time around it looks like Epic decided to right their wrongs and now we’re looking forward to game ending before the first circle closes.

READ NEXT: Fortnite Returns to iOS Devices, But With a Catch