It might have been a long wait for a true update with downtime to come to Fortnite Chapter 3, Season 1, but the wait is finally over as we’re getting one on January 18.

Winterfest has been enough to keep a lot of the playerbase happy, but that’s been over for a few weeks now and there’s been nothing to take its place as of yet.

We have gotten some new items to play with like the Shield Keg, Flare Gun and obviously, we’ve seen the new weather effects come into play. What’s even crazier is this upcoming update will be bigger than anything we’ve yet this season, and it’s because of the return of Tilted Towers.

Before we get too far ahead of ourselves, let’s first look at the downtime.

The v19.10 update is scheduled for release on January 18th. Downtime will begin at 04:00 AM ET, with matchmaking being disabled 30 minutes before. https://t.co/A4FSKoDp1r

Like any major update, v19.10 will come with some downtime. This will happen at 4 a.m. ET / 1 a.m. PT on January 18, and that means you’ll need to be all finished up with your games by then.

Epic says matchmaking will be disabled 30 minutes prior to the update, so just keep an eye on the clock if you’re still playing Fortnite at this time.

Downtime typically lasts around an hour or so, and once that concludes, you’ll be able to update the game on your console or PC, and then you can get right into the action.

Other than Tilted Towers, there should be even more to look forward to. Patches like this give us a lot of bug fixes, so let’s take a look at everything Epic has listed. 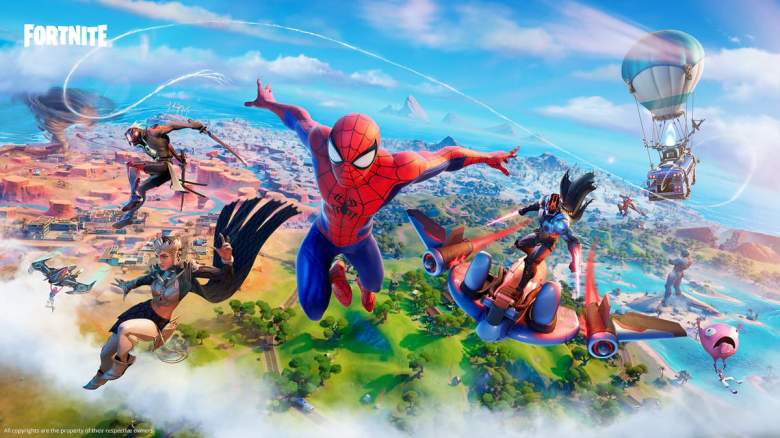 Bug fixes are something you can keep track of on the Fortnite Trello board, and here’s everything that’s currently found on that website that’s listed as a fix for this upcoming update.

We have a long list of fixes coming in this update. If you’re wondering about the framerate dip, it might be tied the plethora of Chapter 2, Season 2 skins that were disabled recently.

Where Are You Dropping?

Some variation of Tilted Towers has always found a way to be in Fortnite whether it’s Gotham City, Tilted Town, or Salty Towers, but this return is the OG Tilted Towers.

This location first appeared all the way back in Fortnite Chapter 1 and it was one of the big reasons why the game blew up the way it did in the first place. Epic might be banking on its return to do the same thing, so see if you can get some of your friends who have stopped playing to come back for a day or so.

READ NEXT: Fortnite Returns to iOS Devices, But With a Catch