It’s only been one day since Tilted Towers has returned to Fortnite and it has brought a lot of players back to the game.

Streamers like Dr Disrespect, TimTheTatman, and NICKMERCS have all come back for at least a day to experience to nostalgia, and that can only mean good things for the future of the game. While people like to call Fortnite a dead game, the reality is that it’s far from that.

Tilted Towers is a big deal, and although we’ve seen variations of it over the years such as Neo Tilted, Salty Towers, and even Tilted Town, this latest iteration is the closest we’ve come to the original, and it’s created a lot of excitement.

Just one day after bringing it back through the v19.10 update, Epic Games is threatening to take it away if we don’t treat the new dinosaur well.

We’ve only had Klombos for a day, but if anything happened to them, we would eliminate all of Tilted. pic.twitter.com/6g2I05IG7T

On January 19, just a day since the update, Epic warned players about harming the new Klombo that’s roaming around the map.

“We’ve only had Klombos for a day, but if anything happened to them, we would eliminate all of Tilted,” they wrote.

There’s a very good chance this is just a joke, but it goes to show that they mean business. Tilted has been taken away from us before, so Epic definitely has the power to do it again. In all seriousness, we’re probably going to have Tilted for at least the rest of the season.

As for the Klombos, we’ll likely be seeing them stick around for the long haul because they were just added. Epic has seemed to like having wildlife in the game, so this might end up being an interesting replacement for dinosaurs or something of that nature.

The difference here is the Klombo isn’t hostile when you come across it, but it will become aggressive if you try and fight it. 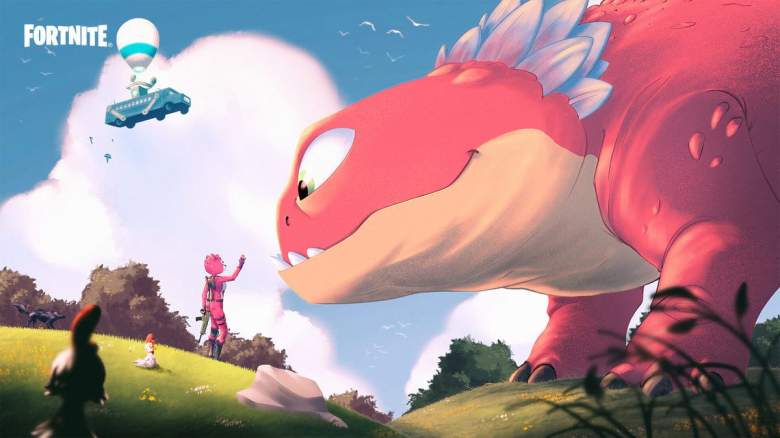 If you’re somebody who’s wondering what the point of this massive beast is, then we have some information for you.

When you come across it for the first time, you’ll definitely want to go right up to it, because not only can you use your glider redeploy by launching off it, you can also get some loot from its mouth.

Dropping some Klomberries in its path will get it excited and you’ll see it almost immediately suck up the berries. If you wait a little bit, the dinosaur will actually pop out some loot, but your mileage on how good it is will definitely vary. You might be able to get a medkit if you’re in dire need of healing, so you can get that if you feed the Klombo.

If you do get the beast angry, you’ll have to feed it some berries to make it happy again. If you don’t have any of those on hand, you’ll want to run away as far as you can because this is not a fight worth taking if you plan on coming away with a Victory Royale.