For those of you out there who like squading up with friends and cracking open the Cosmic Chests for rare loot in Fortnite, you might want to know that Epic changed them around in the latest update.

The v17.20 update brought a lot of new things to the game for players to look forward to, but something that was actually announced by Epic is the fact that Cosmic Chests got a little nerf.

These chests are still just as rare as they’ve been and they still contain a ton of powerful loot, but you will no longer be able to get as much out of them as you were before. Here’s a look at what’s different about them.

The update made Cosmic Chests drop less ammo, rare weapons as well as uncommon and epic Pump Shotguns. They will also no longer drop Hand Cannons for players to pick up.

This news all comes from Fortnite leaker HYPEX and what it means is that you’ll no longer be able to get some of the top-tier loot from them. This doesn’t mean they won’t be completely worthless to open, because that’s definitely not the case, but it does mean they won’t be as lucrative as they once were.

The chests themselves are already rare to come across, and if you’re a solo player, you’ve probably never even seen one. The idea itself is a cool one since Epic has made it sort of a mini game in order to crack these open.

If your whole squad hits the target on these chests each time, the loot rarity will be even higher, so it’s definitely worth working as a team. Another option for extremely powerful loot would be to just get snatched up by the Mothership and work your way through the game there to end up in the massive loot chest room.

Llamas Had a Small Change 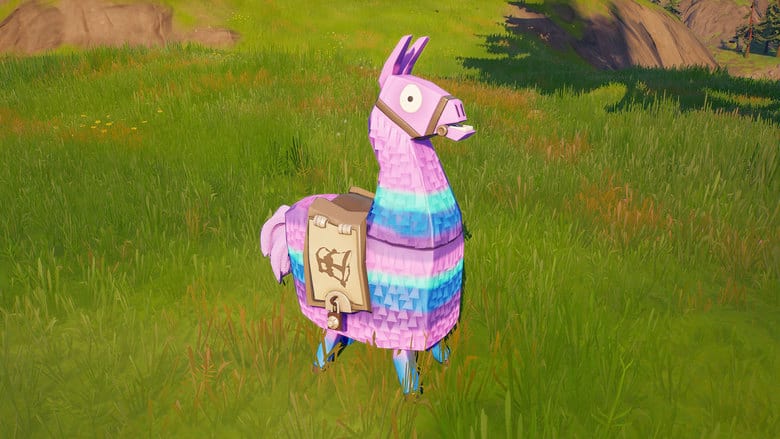 Also according to HYPEX, shooting the new moving llamas of Season 7 will now make them drop building materials. Before, they only seemed to drop ammo behind, so this will be a nice change, especially if you aren’t able to fully destroy it before it escapes.

The best advice for cracking open this new and mobile llamas is to get one in a full box before you start breaking it open. If you do let them roam around, there’s a chance that you won’t be able to finish it off before it leaps into a portal and leaves the game for good.

Also, shooting several bullets at a llama is just an invitation for other players to come over and see what’s going on, so you’ll want to make sure you’re doing it as safe as possible. They do have a ton of health, so if you start shooting one, you’ll need to commit a lot of time if you want to fully break it open and get everything it has to offer.

Of course, the Chug Cannon is almost always worth it and it’s one of the cooler items Fortnite has added in a while.