A big Fortnite update is on the cusp of release and it’ll change up a few things in the game.

The v17.20 patch is set to introduce a massive inventory system overhaul that has been desired by players for years, but only just now is coming to the game.

This new “Preferred Item Slots” system will allow you to designate a spot in your inventory for certain items. This means that when you pick up an Assault Rifle, it will automatically go into the spot you have chosen, which would effectively remove the hassle that comes with organization.

Looting in the heat of battle? Have no fear, Preferred Item Slots are near. This setting sort your pick-ups in the inventory slot you designate for more control over what goes where.

This new option will be turned On with a default selection for everyone in our next game update! pic.twitter.com/p4y6uLxRpO

That won’t be the only thing coming with the update, but it is the biggest thing that’s been announced so far.

This will be a larger update than your content updates of the world, so there will be downtime. Let’s take a look at when that will be.

This is the update that introduces the previously-announced Preferred Item Slots setting.

Also: Arena playlists will be disabled starting July 19 at 10:00 PM ET (July 20 at 02:00 UTC). We plan to have them available again after downtime has ended, but there may be a delay. pic.twitter.com/sYUJJ2ozpt

This means you’ll want to make sure you’re not doing anything important because you’ll potentially be missing out on a Victory Royale. Downtime typically lasts an hour or so, so it’s not like you’ll be out of the game for long.

After the downtime concludes, you’ll be able to hop right back in and see everything the new update has to offer. 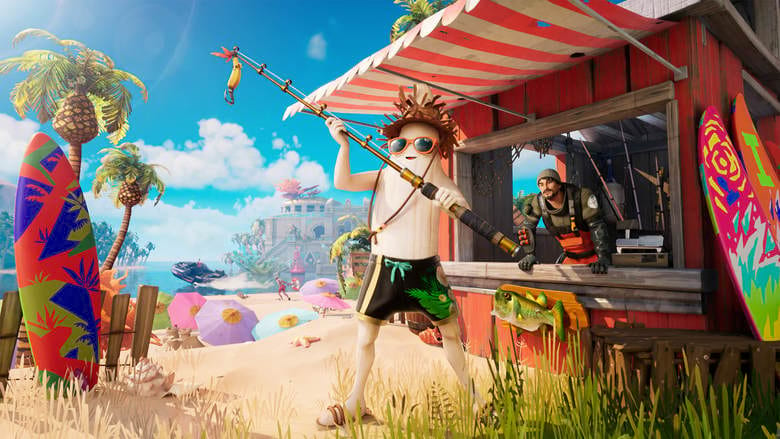 While the new inventory system will be the main draw, there’s also a lot to look forward to in terms of bug fixes.

These numbered updates are usually a good time for players to see a lot of fixes come to the game. Luckily, there haven’t been a ton of game-breaking bugs so far this season, so things have gone quite smooth for the most part.

Here’s everything listed for a fix according to the Trello board.

There’s a long list of fixes coming, so that will appreciated by fans who are running into issues.

Perhaps the most excited fix is the return of ziplines. Fortnite is always fun when there’s more mobility, and ziplines have been a staple of the game for several seasons now. It’ll be nice to have them back in the game.