The Fortnite Crew bundle as it stands currently is for players who want the ability to get an exclusive skin that’s not available outside of this subscription service.

Each month, the old skin is rotated out in favor of a new one, and if you like what you see you’ll have to spend $11.99 to get that skin. It’s not a terrible offer though because you get the Battle Pass if you don’t already own it and 1,000 V-Bucks from this subscription.

A few months ago, Epic sent out a survey to players asked them what other features they’d like to see included in the service, and if you fast forward to today, they’ve sent out another asking the same questions, but there are some bonus ones.

It looks like Epic is trying to improve this service and they could be on the cusp of doing just that.

They also have a slot for rating each crew pack skin so far pic.twitter.com/azBWHMWymr

First off, all of this information comes from Fortnite leaker FireMonkey who has screenshots of all of the survey questions.

In this one, you can see Epic is asking players how they’d rate all of the skins so far, and we know that Alli has left the community highly divided, so it’d be interesting to see where she’d fall.

Other things being asked about now are potential bundles with other subscription services, Epic Games Store coupons, Save the World benefits and currency or cosmetics for other games.

As you might know, both Rocket League and Fall Guys are now under the Epic Games umbrella, so that could be what Epic means by cosmetics for other games. 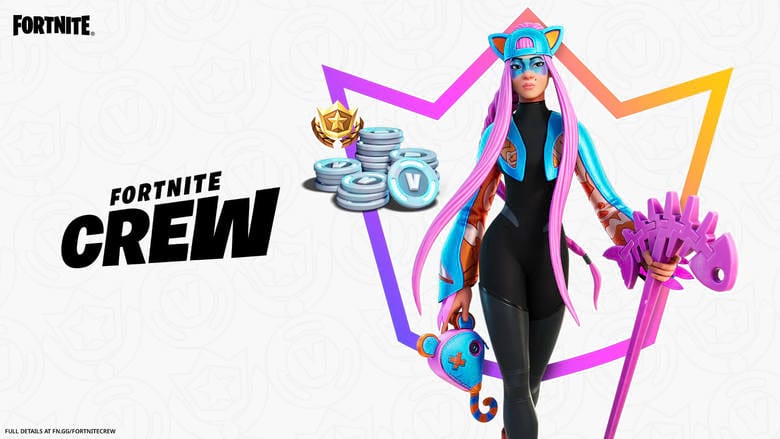 Since the new bundle just released, the earliest any of this could happen is next month, and even that might be a bit of a stretch.

With the types of things Epic is asking about, it might take a while for them to get some concrete information about fans actually want. It’d be tough to turn down any of it from a consumers’ point of view, but it might be hard to do if you’re in Epic’s shoes.

Things like more Creative islands, boosted XP and things of that nature seem like they’d be very strong selling points for the Crew subscription regardless of whether or not you like the skin of the month.

As the service stands right now, it really only comes down to whether or not you like the skin and the cosmetics. The decision to spend the cash each month gets a lot easier when there’s more being included in the bundle.

For the time being, the only thing we have to go off is the skin and its cosmetics, which is Alli for this month. The new outfits are usually revealed near the end of the month, so we still have a while to go before we find out what May’s offering is.

Maybe that will be the month that will include more features and make the decision you make that much easier. Make sure you fill out the survey if you get it!

READ NEXT: How to Unlock Chromium, Runic & Golden Styles in Fortnite