The Klombo is one of the newest additions to Fortnite and since its arrival it has gifted many players with the loot they needed to win a match.

The loot it gives you is always a coin flip because you really have no idea what to expect when you run into one of these on the island, and it seems like you can either get something that’ll lead you to a win, or something that won’t benefit you at all.

What we do know is that it has the ability to drop some very rare loot and a Klombo is definitely worth approaching and even feeding a few times for some new loot. At the very least, you’ll want to use the air coming off the beast to get a quick rotation in.

If you’re trying to figure out what you might get from the Klombo before you go up to it, then we have you covered.

And you have a 0.7% chance to get a Legendary Stinger SMG. pic.twitter.com/69eJbJq8Ba

As is the case with many things in Fortnite, we know exactly how something works thanks to HYPEX.

He revealed that if you go up to Klombo, you’ll have a 60 percent chance to come away with an uncommon item. Things get significantly rarer from there, and it all results in a 0.7 percent chance to get a Legendary SMG. These SMGs are among the strongest weapons in all of Fortnite, so it makes sense it’s that rare.

Uncommon items are of green rarity, so it can help if you’re just landing, but don’t expect to get incredible loot here each time. More realistic options would be green guns and maybe a medkit. That’s not to say it’s bad landing on one, just try not to do it in Solos because you’re probably not going to be able to win that match. 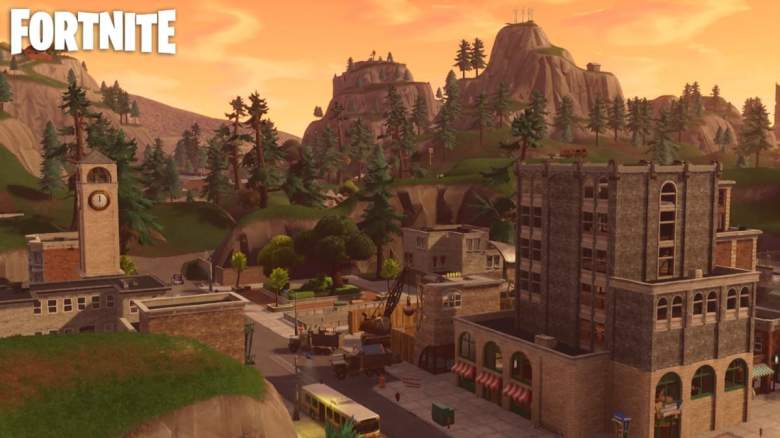 If you do land next to a Klombo, you’ll want to do everything in your power to not get it mad because it can instantly send you back to the lobby.

For whatever reason, if you find that you’ve aggro’d the monster, you’ll have to feed it some Klomberries to settle it down. If you have some berries if your inventory, you’ll also be able to use those to heal yourself, so overall the Klombo has been a nice addition to the game.

Epic has liked them so much that they have already threatened to destroy Tilted Towers if anything happens to them. In all seriousness, it appears that these will be here at least through the end of Season 1. If players like having them around enough, perhaps we can even see the Klombos stay in the game throughout the entirety of Chapter 3.

Only the developers know the true plans for this big dinosaur, so make sure you let them know if you like or dislike seeing them roam around the map.

READ NEXT: Fortnite C4 Could Return This Season, But With Big Changes