Ever since the start of Fortnite Season 6, rumors have been swirling about a new junk gun that will take scraps from across the island and turn it into a weapon.

This gun was seen in the Season 6 trailer, so it’s clear that Epic always had plans to add this to the game, but to this point they just haven’t done it.

While there doesn’t appear to be an update happening this week, that won’t stop a new gun from coming into the game, and it looks like the Recycler should be arriving this Thursday.

Nothing is set in stone, but according to leaks, that will be the day it arrives because there is a quest that mentions it.

Update: It’s in the game now.

New Recycler Gun On the Way

Not sure how known this already is, but the "Recycler" Gun that was added to the files last week should be available later this week!

It's mentioned in the Week 4 quests that will be released on Thursday! (Thanks to @FrenzyLeaks for reminding me about this) pic.twitter.com/eev58TKjHg

According to Fortnite leaker ShiinaBR, this gun was added into the game’s files last week, but it wasn’t released as part of the v16.10 update.

With that update, we got a look at the Recycler’s rarities, stats and what it’ll look like. It’ll come in blue, purple and legendary rarities, making it a formidable weapon. The damage to players caps out at 83, but it should wreak havoc on buildings.

If you’re in a fight with a player who is boxed up, this might put a stop to that really fast. It’s easy to imagine this being a strong weapon in Squads as one of your teammates could easily destroy walls while the rest of the squad fights on.

The one thing that might be throwing players off is the fact that the ammo used for this gun is simply called “junk.”

In the leaked description, it says that all you’ll have to do is harvest objects for ammo, so it might be taking from your materials each time you shoot. Of course, it’s tough to tell without actually trying it out in game, so take this info with a grain of salt.

When Does it Release? 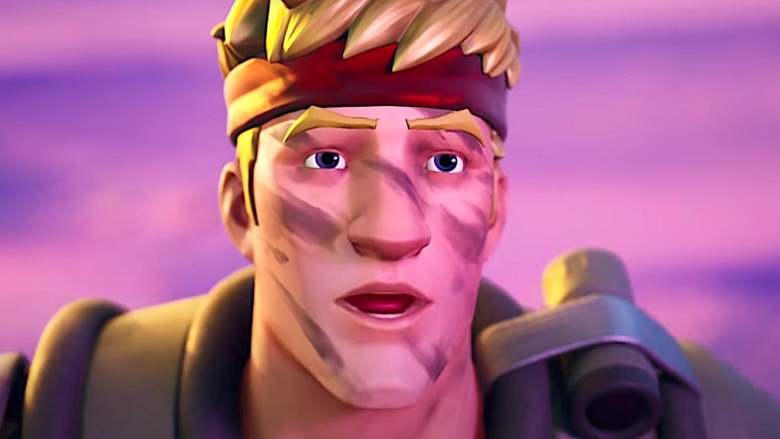 This Thursday, April 8, is when a new set of quests go live and one of them will require you to use this Recycler. That would seem to indicate that the gun will be in the game at that point, so that’s our best guess.

Typically, new updates would arrive on Tuesdays, but with that ship setting sail already, it’s looking like this gun will just pop up in the game without the need of a new patch.

This shouldn’t be too much of a surprise, however, considering this gun’s stats were already added to the files last week, so there’s no need for an update.

Now, the only question that remains is whether or not this will prove to be a gun worth using. Fortnite adds a lot of wacky guns to their battle royale mode, but not all of them are good.

From the stats alone, this looks like something that will be worth trying out at least once or twice, but whether it becomes part of the inventory going forward remains another thing entirely.

We’ll hopefully find out this Thursday!