Epic Games One of two clues.

Now that Fortnite Season 7 Week 4 has arrived, that means there’s another round of quests for players to complete.

These Legendary quests give more XP than usual, but they are only around for a week before they are replaced with another set.

This means players are on the clock to get them done, and they are often quite time-consuming. This week’s quests are no different and if you want to complete the entire chain, you’ll have to dedicate some time to doing that.

These quests differ from the rest of the group because they have to be done in a certain order. Things kick off this week by asking players to track down clues at Farmer Steel’s farm.

Where to Search the Farm for Clues 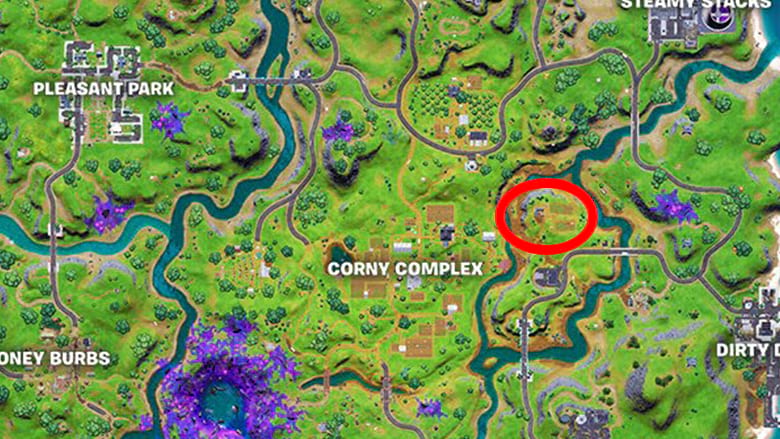 In total, we’re being asked to search the farm for two clues, so it’s not all that difficult to do, but there will be some resistance at this spot since everyone loves XP.

The farm can be found be found to the northeast of Corny Complex. You’ll be able to find the area easily enough because of all the players gliding into the location.

For starters, you’ll want to avoid going inside the building at Farmer Steel’s farm because the two clues are found in the surrounding area.

These two clues are indicated by magnifying glasses in the area, so they’ll be very hard to miss if you know exactly what you’re looking for.

Now that you’re here, the easy part is done. The hard part is staying alive long enough to collect the clues.

Where to Find the Two Clues 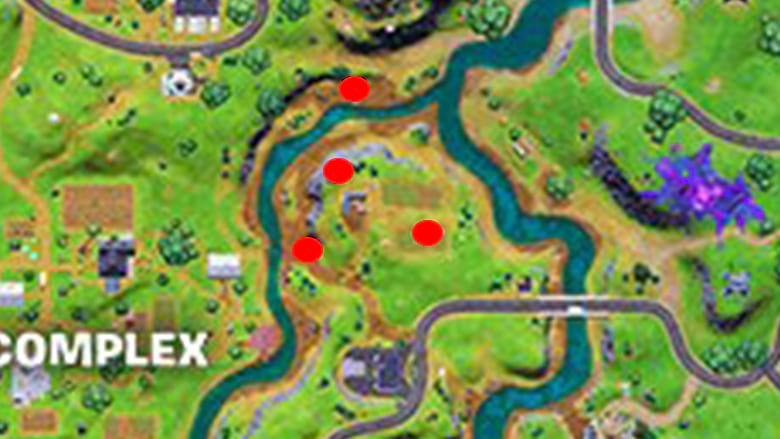 Four clues in total spawn here, but you’ll only need to collect two of them to finish this quest.

If you’re simply trying to stay alive and collect both of the clues in the single match, we’d recommend grabbing the clue that’s on the cliff and then heading across the river. This will be the safest way to do it and give you the best odds of surviving.

Alternatively, you can grab a gun and some shields before you head here and that way you’ll be prepared to fight against all the players with pickaxes.

Some weapons can be found in the surrounding area, but little can be found at the farm itself. If you’re lucky, you might be able to find an Assault Rifle or a Shotgun that could quickly lay waste to the competition in the area.

If worst comes to worst, you don’t have to collect each clue in the same game, so you can land here in another game and finish the quest like that too. All in all, it’s not too difficult and it doesn’t even compare to the quest that requires us to put up missing person signs.

These quests will only be sticking around for a week, so you still have some time to get them done, but you won’t want to be waiting forever! Things get infinitely more stressful when you just have an hour or so left to finish them.

READ NEXT: Fortnite Mothership Appears on Track to Destroy a POI