The crossovers won’t stop coming in Fortnite and the Suicide Squad has been revealed as the next addition to the collection.

While it doesn’t look like we’ll be getting the whole cast of characters from the upcoming film, at least not yet, we do know that Bloodsport is confirmed and he’ll be coming on August 3.

This news comes from a trailer narrated by Bloodsport’s actor Idris Elba himself, but the actual contents of the teaser might be the most exciting part.

In it, you can get a look at what appears to be a new Slurpy Swamp and there’s even another Harley Quinn variant to look at.

Let’s dive in and look at what’s coming to Fortnite according to this trailer. 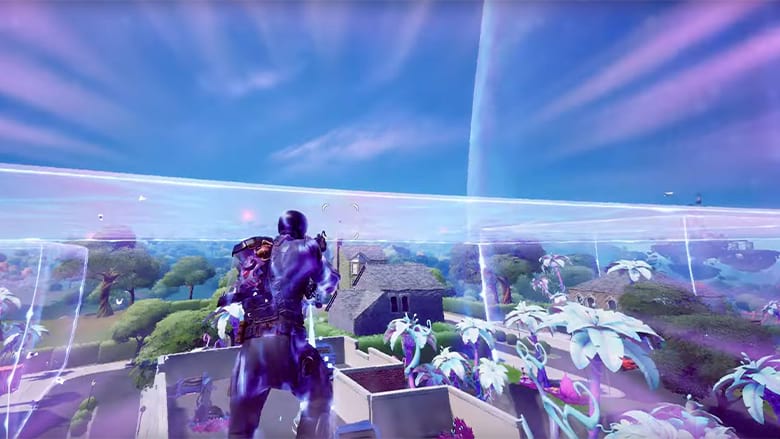 Thanks to a leak from the last update, we know that Coral Castle, Corny Complex and Slurpy Swamp will all be getting big changes in the future.

While most of that was meant to be abduction-based, it looks like there will be plenty of more transformations either in the days leading up to this event or in the days following.

In the trailer, you can see Bloodsport coming into Holly Hatchery, but if look toward the right side of the picture, you can see a bunch of floating landmasses, which would appear to be Slurpy Swamp in the distance. All of this would line up with the leaks, so it looks like those have now been confirmed.

On top of that, it’s looking like yet another Harley Quinn style is coming to the game. While you might be thinking three of them is already enough, it appears that DC Comics and Epic Games would disagree with you. 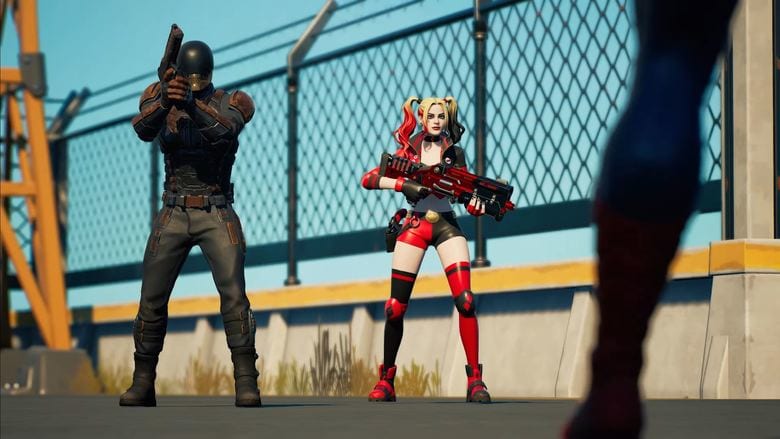 If you skip to the 21 second mark in the trailer, you’ll see Bloodsport and Harley Quinn facing off against Superman, and while this looks like the Rebirth style at first glance, there is a bit of a change.

The regular style has pink and blue hair, while this one has red and black, indicating another style is here. It’s not clear how this will be unlocked or if it’ll just be given away for free to owners of the skin already.

When Bloodsport releases, we might be getting the return of several DC Comics characters because that’s something Epic likes to do with the debut of new skins.

Harley Quinn was originally available to anybody who picked up an issue of the Batman/Fortnite miniseries, but she also hit the Item Shop at a later date for everybody to get a shot at her.

While there are two actual Harley skins in Fortnite, there are three styles in total. This recolor will likely be an alternate style to the Rebirth outfit if she does release, so keep an eye out for that.

If it does happen, it should happen on August 3 when Bloodsport comes to the game. That’s still a few days away, so we’ll just have to remain patient and see what Epic and DC Comics are able to cook up.

READ NEXT: Fortnite Bushranger NPC Gets In-Game Burial After Death