We’re on the cusp of another Fortnite update and with it will come some pretty big things for the game.

Our last bit of downtime came with the return of Tilted Towers and that has been the source of a lot of excitement in Fortnite. Many players returned, even if was just for a day, to check out the debut of one of the most popular locations in all of video games.

While that was a nice update, it’s not enough to keep the players excited forever, so now we have the v19.20 patch to look forward to.

Like any numbered update like this, it’ll come with downtime for players to experience, so let’s get through all of that first before we get to the good stuff.

v19.20 is covertly coming up (until we just announced it).

The update is scheduled for release on February 1st. Downtime will begin at 04:00 AM ET, with matchmaking being disabled 30 minutes before. pic.twitter.com/SqwevwucBx

Like most Fortnite updates, the v19.20 update will have downtime beginning at 4 a.m. ET / 1 a.m. PT on February 1. However, 30 minutes before this time, you’ll be removed from the game you’re in. You’ll want to make sure you’re all wrapped up by then because there’s no sense on missing out on any Victory Royales.

Downtime typically lasts for an hour or so, but you’re able to follow around with the leakers as they come out with information about the update in real-time, if that’s something you like to stay awake for.

While nothing as big as Tilted Towers is expected in this patch, it could still be fun to stay awake with them. When downtime is finished, you’ll have to then install the update on your console, PC or phone, and that can take a while depending on your internet speeds. Once all of that is done, you can see all of the new stuff the update has to offer. 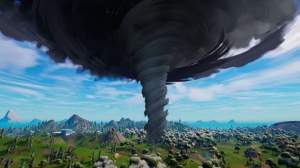 Updates like this come with a variety of bug fixes as well, so you have those to look forward to. If you didn’t know how to check what’s coming, you can do so on the Fortnite Trello board.

If there’s a nagging bug happening to you on Fortnite, chances are good that Epic is aware of it. Here’s everything listed for a fix in this update.

All in all, there aren’t a lot of issues currently affecting Fortnite that many players will notice, which is a good thing. Sometimes this list can be extremely long, so it’s nice to see a short one here and there.

Finally, we can get into what’s expected in this update and Fortnite leaker ShiinaBR came out with a whole list for us to get into.

This seems like it’ll be the patch that introduces the underground cavern POI that’s a bit like The Grotto from Chapter 2. This was a popular POI and it was always disappointing to see Epic get rid of it.

It sounds like we’ll be getting more Spider-Man skins, more challenges, an unvaulted Revolver and some more cosmetics for The Foundation.

This definitely has the makings of a good update, and we’ll know for certain what’s in once February 1 rolls around.